Wednesday, July 28. It is 07:00 hours and vessel traffic through the Panama Canal remains uninterrupted. Everything seems normal until the crew of a 12,000 TEU container ship reports problems maintaining its course 15 minutes after leaving the Agua Clara Locks for Gatun Lake. The ship, imminently, has drifted out of position.

At 07:30 hours, the container ship collided with a dry bulk carrier that was anchored in Gatun Lake while awaiting transit. The first reports speak of damage to the hull of the latter vessel, while the former reported that several containers fell into the water and one on its deck. 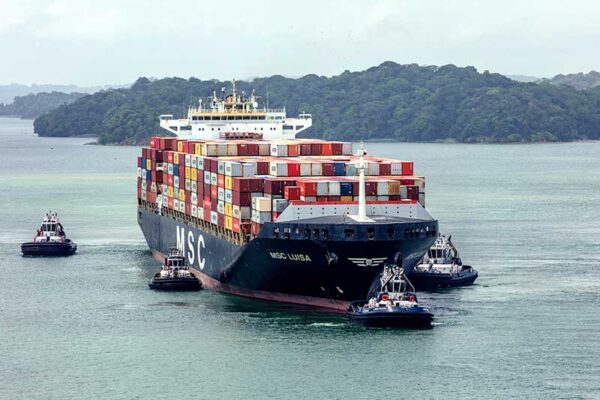 This succession of events is only a figment of the imagination, specifically an exercise by the Panama Canal in preparation for its emergency response.

The fact is that all human activity involves risks. Every day we find ourselves making decisions to mitigate those risks and minimize their impact. Some are as simple as the risk of being late for work. How do we handle it? We wake up earlier or choose our transportation route better, for example. The key? Being prepared. 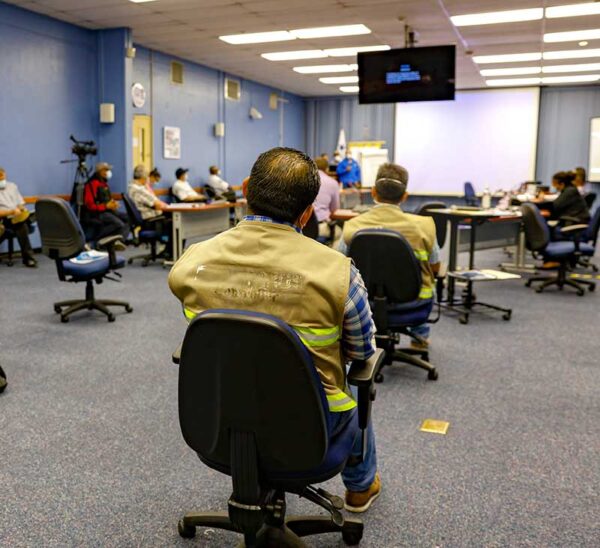 It’s the same in business. Risk management is essential to the success of any venture. In fact, some define progress as the ability to take risks.

For an organization such as the Panama Canal, multiple areas of risk are identified, one of the most obvious being the possibility of accidents, considering that the interoceanic waterway handles an annual average of 13,000 vessel transits.

For this reason, the Panama Canal periodically organizes EcoCanal, an exercise that integrates various areas of the organization in a simulation of response to potential incidents that affect the operation of the waterway, mainly in situations related to the transit of vessels.

This year, the recreated scenario tested the organization’s ability to handle a collision at such a crucial point of the interoceanic operation as Gatun Lake, a mandatory passage for all vessels crossing the waterway.

Following the incident that occurred in March of this year, when a huge container ship ran aground in the Suez Canal and blocked maritime movement through that waterway for six days, one of the recurring questions is whether a similar event could occur on the Panamanian route.

The short answer is that both canals are different, as previously explained in El Faro. 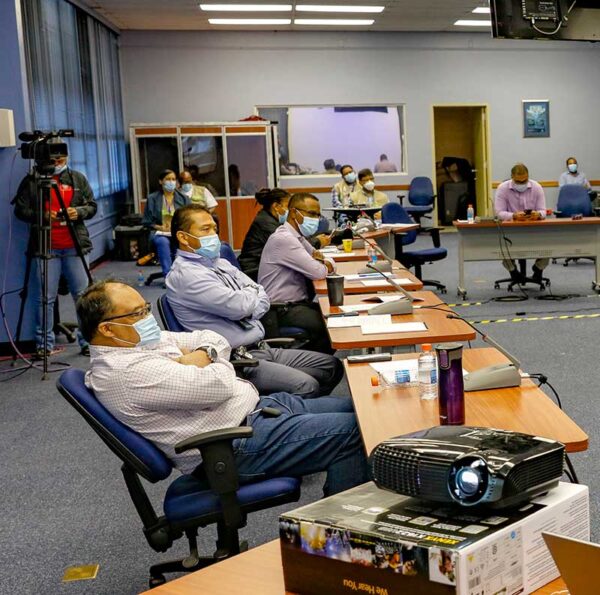 But beyond the particularities of each waterway, the Panama Canal has protocols to face risk situations and respond to crises that may affect the continuity of its operation. These protocols are reviewed and tested periodically through exercises such as EcoCanal.

In the exercise described above, one of the objectives was to test the response procedures for an incident in Panama Canal waters involving a Neopanamax vessel.

During the exercise, the scenario to deal with a possible spill of hazardous materials in Canal waters was also considered, in addition to the resources required to manage situations such as the fall of containers in Canal navigation areas.

In this way, the Panama Canal visualizes possible risks to face events that nobody wants, but the best way to handle them is to identify them and be prepared on time.