From time to time there are public exhortations for our country, through decisions related to the operation of the Canal, to adopt an active role in international conflicts or to use them as instruments of retaliation against States that have promoted unfair or discriminatory treatment against Panama.

They forget or ignore that for the Panama Canal there is a term of expiration of the neutrality regime agreed in 1977, and approved in a plebiscite that same year. 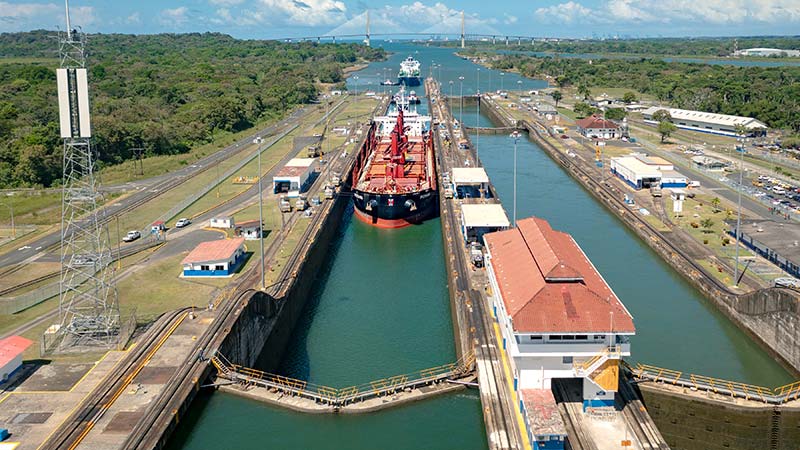 On September 7, 1977, the then Head of Government of Panama, Omar Torrijos Herrera, and the President of the United States, Jimmy Carter, signed not one, but two treaties: One called the Panama Canal Treaty, which established the administration regime of the inter-oceanic waterway as well as the timetable for the reversion of military installations, lands and waters of the former Canal Zone to Panamanian jurisdiction, a process that culminated on December 31, 1999; and another called the Treaty concerning the permanent neutrality of the Canal and the operation of the Panama Canal, which remains in force and will remain so until Panama and the United States agree on another treaty or agree to its termination.

As its name indicates, this second treaty contains rules of neutrality and rules for the operation of the Canal. On this occasion, I would like to concentrate on the neutrality regime and leave the operational aspects (tolls, ancillary services, etc.) for another occasion.

The Neutrality Treaty (this is how I will refer to it for the sake of brevity) uses precise language that leaves no room for speculation on its scope.

It is Panama that, in the exercise of its sovereign rights, declares the neutrality of the Canal and specifies what this means and for what purpose it does so.

In article 2 of the treaty -it consists of only 8 articles- the intention is very clear: “…so that the Canal and consequently the Isthmus of Panama will not be the object of reprisals in any warlike conflict between other nations of the world”.

How is this achieved? The text says it all: “Panama declares the neutrality of the Canal so that, both in time of peace and in time of war, it shall remain safe and open for the peaceful transit of the ships of all nations, on terms of complete equality, so that there shall be no discrimination against any nation or its citizens or subjects concerning conditions or costs of transit or for any other reason…”.

In other words, Panama could not establish discriminatory tolls, raising them – for example – to the ships of certain countries with which Panama has a diplomatic disagreement or even an armed conflict. Much less, of course, use mechanisms that prevent or hinder their transit through the Canal. Hence, those who advocate using as a retaliatory measure the increase of tolls to countries that keep Panama on discriminatory lists, are actually asking that international commitments be breached and the very neutrality of the Canal be disregarded.

The same response applies to those who have raised their voices to demand that Panama, as a way of condemning Russia’s military action in Ukraine, prohibit the transit of Russian ships through the Canal. And here is where the textual expression of the treaty should be emphasized: in time of peace as well as in time of war.

A very different matter is, of course, the position that the Panamanian government adopts in certain international situations and conflicts. Condemning an invasion in no way compromises the neutrality of the Canal. On the contrary: by reaffirming the neutrality of the interoceanic waterway while condemning the invasion, we are telling the world that the declaration we made in 1977 retains all its value today.

The security of the Canal does not depend on military forces to protect it – which in reality is not possible – but on the conviction of the countries of the world that it will always remain open to the ships of all nations, without any discrimination whatsoever. In other words, the Canal will always be neutral.