On December 13, the Canal Museum inaugurated its new permanent exhibition hall: The Road to Sovereignty (1964-1999). This room deals with the historical events that took place immediately after the heroic deed of January 9, 1964, whose outcome marked the beginning of a new stage in the process of struggles to vindicate Panama’s rights over the interoceanic route and all its territory.

The important canal negotiation processes in which the transfer of the Canal and the reversion of the land occupied by the Americans to Panama were finally agreed upon, the global political context that framed them, and the important national events that had repercussions on Panama’s relations with the United States, such as the military dictatorship and the invasion, are also presented.

In addition to the historical research carried out for the renovation of this room, the Museum called on Panamanians to share their testimonies, which today are part of the collective memory rescued. Through the website cuentanostuhistoria.org, interviews and a recording booth inside the room, the Museum seeks to serve as a platform for dialogue that will allow visitors to share their experiences or memories of Panama’s military regime and its culmination in the invasion of ’89.

This room offers visitors immersive, participatory and educational experiences, as well as a consultation area for further information on the different topics on display.

This permanent room can be visited with general admission to the Museum.

“The Museum’s team is proud to have worked for more than a year on an arduous research, curatorship and design that we hope will allow Panamanians and visitors alike to dialogue and reflect on our past, including its darkest chapters, and give new generations the opportunity to learn about our history,” said Ana Elizabeth González, Executive Director of the Panama Interoceanic Canal Museum (MUCI). 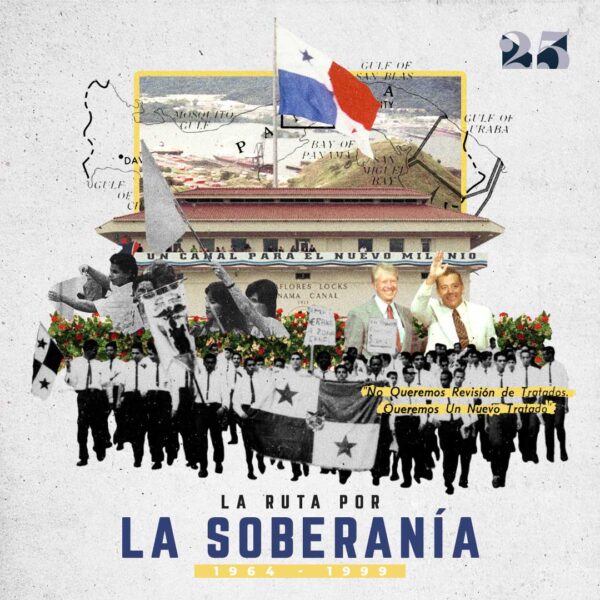 About the Canal Museum

The Interoceanic Canal Museum is a non-profit organization that promotes, preserves and rescues the historical memory and heritage of Panama and its Canal. Founded in 1997 and headquartered in Casco Antiguo, the Museum has received more than 1.2 million domestic and foreign visitors, has held more than 150 temporary exhibits, preserved more than 30,000 pieces in its collection and created a digital archive of more than 600 historical documents. It is affiliated with prestigious and recognized cultural and scientific institutions such as the Smithsonian Institute, the American Alliance of Museums, the International Council of Museums (ICOM) and the Network of Museums and Visitor Centers of Panama.