Most forest dwellers are elusive species, hiding from the human eye, living a secretive life and unlikely to be seen in the wild. On the other hand, some animals have become accustomed to sharing spaces with humans and are more tolerant of human presence, but only to a certain extent and from a distance, without voluntary interaction. The primates we manage to see or hear on the margins of forested areas of the Canal peek out from the treetops, watch moving ships, and may even be attracted by the mango season, only to disappear into the jungle thicket.

These are large monkeys that grow to 66 centimeters plus a tail of up to 88 centimeters and weigh around 11 kilograms. Their anatomy is skillfully designed for life exclusively in trees. Their fur is black, but can have reddish tones. Its head is small, body, legs and tail are long and slender, and the latter acts as a fifth leg. They feed on fruits and shoots. They may roam in family groups of 15 to 20 individuals.

The cheerful Titi monkeys are among the most common and picturesque primates that, with luck, we can observe along the Canal geography. They are very small and agile. They are well adapted to arboreal life, so they jump with dexterity between fragile branches. They mainly inhabit secondary forest areas. They produce a repertoire of whistles that they vocalize when moving in family groups of seven individuals. Their bodies are compact, about 26 centimeters, and their tails are as long as their bodies. They weigh about half a kilogram. They feed on fruits, crickets, lizards, and the gummy sap of some trees such as Espavé. 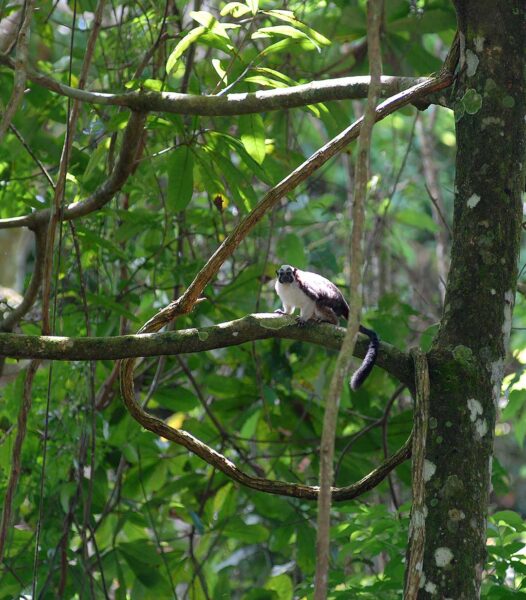 It is among the best known species because of its characteristic coloration. Its body is black and has a white area on its face and chest. Its tail is long and prehensile, which helps it in its arboreal displacement. Adults can measure up to 45 centimeters long plus a tail of 40 centimeters, and move in groups of 15 individuals. They are frequent in the area of Gamboa and Cocolí. Like all primates, they are curious and agile; they usually go down to the ground to look for food that they cannot find in the trees. Their diet is very varied: fruits, flowers, sprouts, insects, mollusks, lizards and bird eggs. 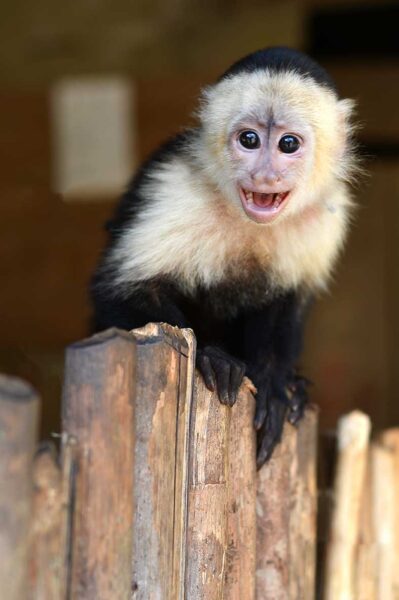 Howler monkeys, like spider monkeys, are among the largest of Panama’s primates. Their coloration is black with brownish tones. They can reach 50 centimeters in height, plus a tail of about 67 centimeters, and weigh up to 8 kilograms. Their most notable characteristic is that they produce a frightening and thunderous roar that travels for many kilometers. They use it to mark their territory and drive other males away from their forest. Their group can have from a few to more than 40 members. It is territorial and may protect its area by throwing urine or droppings at invaders, and throwing things. It is not advisable to stand under them if you walk through the forest and try to take a picture, you will surely regret it. They feed on tender leaves, flowers and fruits. 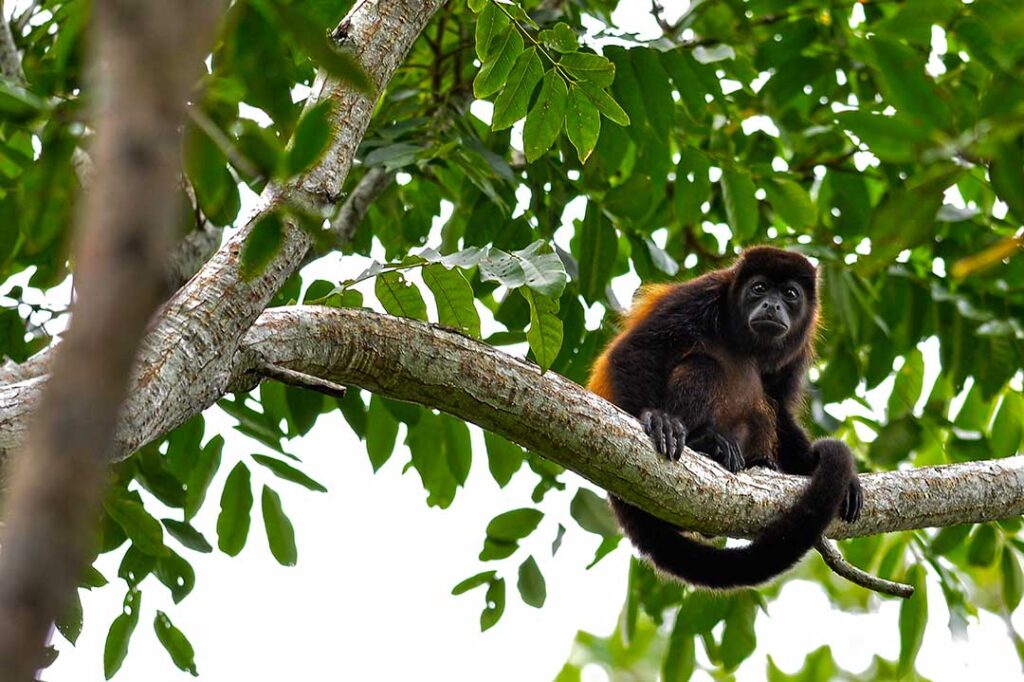 Why is it important to study them?

Primates are essential in the structure and dynamics of the ecosystem because they are seed-dispersing mammals that actively contribute to the natural regeneration of the forest. Their territorial distribution, habits and evolution are closely linked to the diversification of flowering plants (angiosperms) as a food source.

Claudio Monteza, research biologist at the Max Planck Institute for Animal Behavior, explains that “the study of primates allows us to better understand the connectivity of forests, because by living in the forest canopy, we can examine the presence or absence of different species that are a source of food for primates and know how to reforest to restore that connectivity.”