The Pan American Health Organization (PAHO) declared December 3 as Medicine Day in the Americas in honor of Dr. Carlos Finlay, the Cuban physician who discovered the role of the mosquito that transmits yellow fever. This discovery had such an impact that, in addition to allowing the construction of the Panama Canal, it improved public health throughout the continent. Finlay, born in Cuba to European parents, was the first scientist to realize that the Aedes mosquito was the transmitting organism of yellow fever, and the first to recommend the control of its reproduction in 1881.

He endured much criticism and skepticism because at that time the medical community believed that the disease was spread by swamp air. After the U.S. victory in the Spanish-American War of 1898, William Gorgas was appointed as the U.S. health officer in Cuba, and he arranged for Finlay to help him eradicate yellow fever in Havana.

When Gorgas took over as head of health for the Canal project in 1904, he had in his hands the tools to reduce the contagions that plagued the French project. 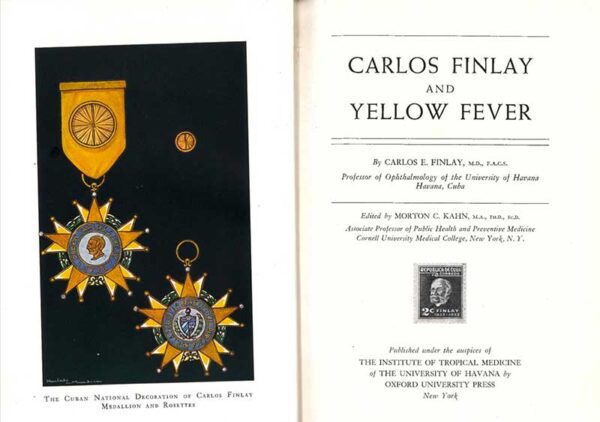 The Roberto F. Chiari President Library holds an extensive collection of physical and electronic documents on the eradication of yellow fever in Panama and the important role of Carlos Finlay. Among them, the book “Sanitation in Panama” written by William Gorgas, describes Dr. Finlay as “a lovable man in character… of great scientific honesty and frankness”.

The Alexandria search engine provides access to an extensive list of publications and photographs on the sanitation of Panama City and Colon, which are housed in the library’s online archive.

Historical copies of the Panama Canal collection may be consulted in person at the President Roberto F. Chiari Library from 7:00 a.m. to 3:30 p.m.