That Liduvina Rivera transmits leadership is something her family and the groups to which she belongs, do not doubt. She is in charge of an agricultural production farm in the community of La Negrita de Capira, a land for which she professes a great love; she declares it and shows it with her gestures.

When she tries to describe what she feels for that piece of land she fought so hard to legally own, she lets out a deep sigh. It was not easy, but she finally managed to become a beneficiary of the Program to Support the Cadastre and Titling of the Panama Canal Watershed (CHCP). 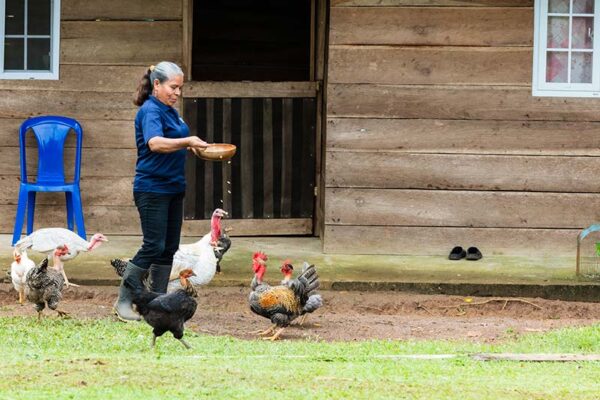 She became part of the 8,941 landowners who have received their land titles as beneficiaries of this joint program between the Panama Canal and the National Land Authority (ANATI). “That changed our lives,” she says excitedly.

Forty percent of these titles correspond to women petitioners who, like Liduvina, jealously guard their land. It is an important number and one that is growing steadily, assured José Gabriel Montenegro, ANATI’s general administrator, who also highlighted their incursion into agricultural businesses and other undertakings to support their families.

A question of roots

The love for the land is something that the locals express with words and gestures; the pride they feel for the land they work on to bring bread to their homes can be perceived.

Lisbeth Karina Vergara, manager in charge of the Environmental Policy and Protection Division of the Panama Canal, recalls that, due to the concerns of the inhabitants of what was once known as the Western Region of the Canal Watershed (ROCC), the Program to Support the Cadastre and Titling of the CHCP was created.

The repeal of Law 44 of 1999 approved new boundaries for the watershed: the ROCC was eliminated, but the titling program continued in the rest of the Canal Watershed. This was because the communities made it clear how important it was for them to title their lands. “It was practically a dream,” adds Vergara.

To Montenegro, the experience at the head of ANATI allows him to sketch an idea to describe the feeling of the beneficiaries: “For them it is like having the legalization of a piece of what they consider their world,” he said.

He considers that for rural people, the rootedness to life is closely related to what they grow, to the animals they can raise; for all this it is necessary to have a piece of land of their own.

The strategic value of a title

Legalizing land brings with it the opening of a wide range of opportunities. The watershed’s producers bear witness to this, but also to the fact that it is possible to adopt new methods to improve their production and make a positive change in their quality of life, while helping to protect the environment and the country’s important water resources.

The implementation of the CHCP’s Cadastre and Titling Support Program is not an isolated initiative; it is accompanied by opportunities for interested parties to participate in various programs promoted by the Panama Canal to improve agricultural production, while helping to protect the environment and water sources.

The Environmental Economic Incentives Program (PIEA) is one of them, and is developed with a proposal designed for each territory: it promotes the proper use of the land, the improvement of agricultural techniques, the establishment of protective vegetation cover, in addition to supporting the post-harvest processes and marketing of products, which translates into a significant increase in the income of the participants.

For the manager in charge, the benefits start from the very first moment: a process that is complex and costly through the traditional method is transformed into a very economical and expeditious one. With the land title, it is possible to participate in the PIEA, and it also serves as support to obtain financing to improve their housing, production or the development of other enterprises, taking advantage of the area’s potential.

For farmers, being part of the PIEA means proposals for change. The training enhances traditional production methods in search of greater profitability and efficiency in activities such as coffee growing and livestock raising, but also raises awareness of the importance of conserving resources.

The additional knowledge that has been brought to these regions is multiplied among the producers, many of whom have turned their land into integral farms, where they apply the different programs promoted by the Panama Canal.

“What exists on my farm is a small laboratory visited by producers from different parts of the country to learn new methods that allow them to continue working while conserving the environment,” says Daniel Valdez proudly, while showing the sign that certifies his property, located in Cerro Cama de La Chorrera, as an integral farm.

Farm planning, forest resource management, water resource protection to increase production with the application of new sustainable practices, are part of the knowledge acquired by visitors to this place, among whom are university students who seek to complement what they acquire in the classroom, adds the producer, whose property is part of the more than 16,000 farms measured through the program. 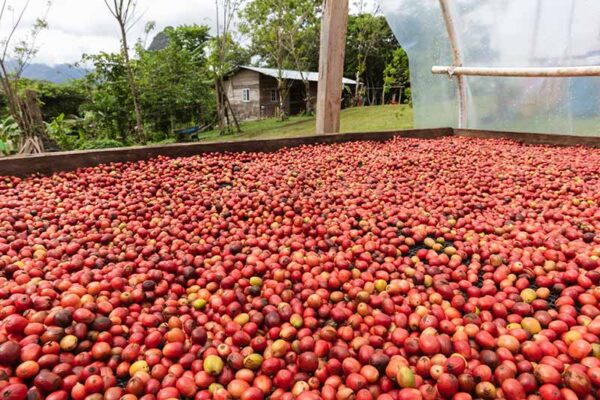 The responsible use of the land is a priority for Liduvina, who assures that her property has not lacked the struggle for the protection of the existing forests, making adjustments in coffee production.

Rivera plans to achieve the integral certification of her farm, because in the not too distant future, ecotourism will be one of the best potentialities of La Negrita, taking advantage of its great water wealth and scenic beauty.

So far, more than 94,000 hectares have been registered, representing 53.5% of the total land to be titled in the watershed, where the Panama Canal will continue to promote best practices to contribute to the socioeconomic development of its inhabitants, while achieving the goal of water conservation today and for future generations.