“I know it sounds corny, but I paint Panama because I love it,” apologizes Panamanian artist George Scribner, describing his work. Born on the isthmus to American parents, Scribner grew up in the city and knows it well. “I was born in San Fernando Hospital and learned Spanish on the street,” he explains.

He never lost his sense of wonder

“Ever since I was a kid, I was fascinated by the grandeur of the Canal. I remember crossing it on the old ferry and then seeing the construction of the Las Americas Bridge,” the artist narrates, giving away his age.

Although he studied in the Canal Zone, Scribner confesses that he always felt at home in Panama, “I felt sorry for those Americans who never learned Spanish and never went to the city because they were afraid of it,” he recalls. He relates that the violent events of January 9, 1964 made him reflect that, “this land had been sinned against and what happened was only natural. The terms of the Bunau-Varilla Treaty were terrible“.

The title of his exhibition is itself a declaration of love. At the age of 25, he moved to Los Angeles (California, USA) to develop his career as an animator and became a consultant to Walt Disney. 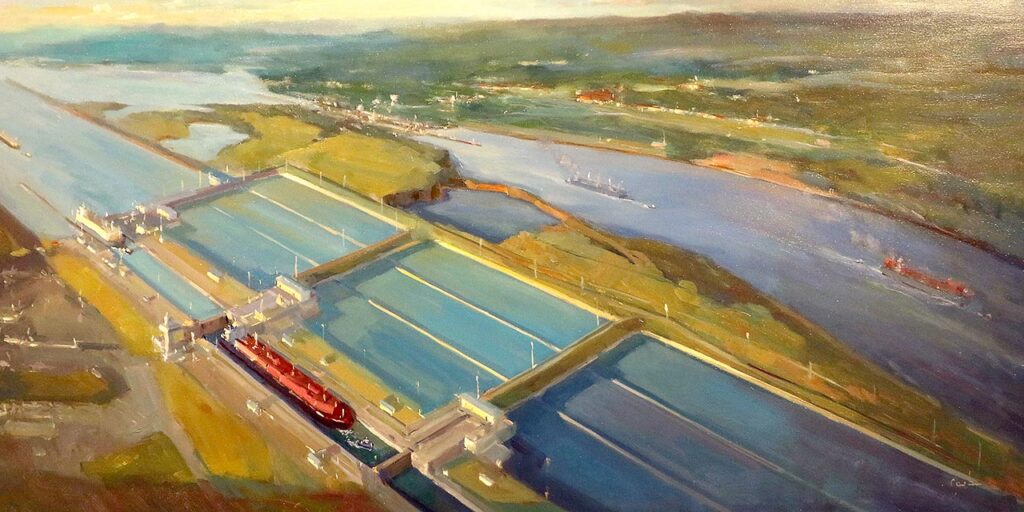 In the 52 works that make up the show, Scribner includes images, not only of the Canal expansion, but also such colloquial scenes as a cab driver checking his car’s engine and dramatic glimpses of West Indian workers from the original Canal construction.

“The color I used most in the Canal expansion was tan sienna because in the beginning, earth excavation was everything and those earth tones dominated the environment. Then I used that same color for the people’s skin. To paint the big equipment used, I reserved a vibrant yellow that shone in the sun,” explains the artist.

When I come back every year, I say to myself: ‘Look what Panama has achieved, how proud we are! 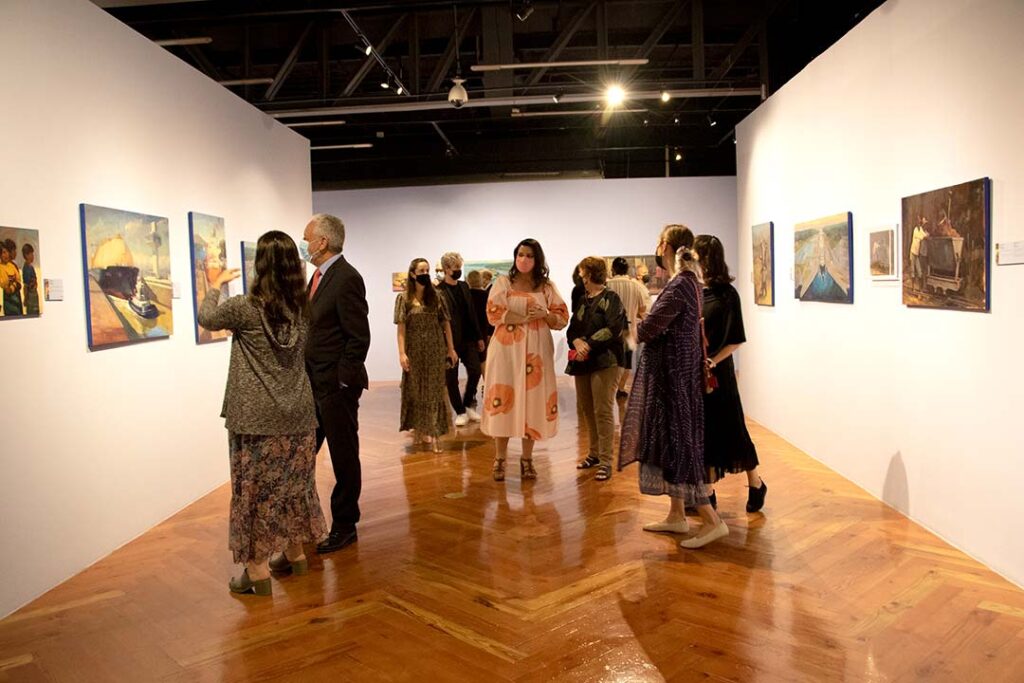 For Ana Elizabeth González, executive director of the Museum and chief curator of the exhibition reveals that “The exhibition is a compilation of 52 works that evoke, not only the grandeur of one of the greatest engineering works in the world, but the essence of a country and the daily life of Panamanians. The works are exhibited accompanied by some color and layout studies to study the artist’s process and offer visitors the opportunity to create their dialogue with the nostalgia represented by Scribner, who links the construction of the Canal and its expansion with the identity of our country and, through his eyes, seeks to reconnect with his roots, which he determines are Panamanian.”

The exhibition “I Never Left” will be at the Interoceanic Canal Museum until July 31, 2022.