For a water conscience: from the Tuira to the Sixaola

Access to water for purification and delivery to the population has become not only an environmental, but also a political, social, and economic problem. Added to this is the global climate crisis that makes nations rethink the way in which water for human consumption is disposed and managed. In a country like ours, where we are accustomed to a benevolent rainfall regime, we take it for granted that this resource is unlimited or, at least, that we will not “have to” rationalize water.

To get a comprehensive perspective, El Faro spoke with sociologist Danilo Toro, who we often see on television programs where he gives his opinion on issues of national reality.

Toro addressed the concept of free water, collective responsibility and a system that ensures fair and equitable access and distribution of water.

How do you think the concept of free water in the metropolitan area arose?

With the entry of the Canal into Panamanian life, a political, economic, and social power was implanted that brought a concept of water availability: the production of drinking water was in charge of the Panama Canal Company (PCC) for the colonial enclave, which in fact was the first socialist state in the world, long before the Soviet Union.

No citizen living in the Canal Zone owned the land they lived on and no public utilities were paid for, as everything was paid for by the Canal Zone government. This free water production not only satisfied the needs of the people living in the Zone, but also those living in the cities of Panama and Colon. So, free drinking water was a social concept and, therefore, people became accustomed to using it as they pleased. That caused effects that did us no good in the long run. 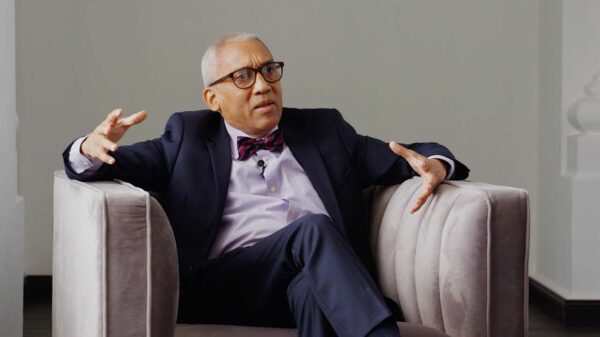 Have we taken for granted a competitive advantage with respect to water?

Panama is a special country. Let’s look at it from the point of view of available resources: water, in this case. For everyone, water is important: human consumption, food production, industrial economic activities, among others. But it turns out that water in Panama is raw material for a special business and we have not been educated to respect that: in addition to the fact that water has the same value as for any other people, for us it has an additional value load, like gold and copper, which are raw materials; water is a business for Panama. Our risk is that we may reach a point of squandering that we attempt against the most valuable thing we can have, which is our time of existence and our living conditions. It is not about seeing water as a business, but about seeing it as our business.

The Canal has started the studies that will define the water projects in order to ensure water for its operations and for the population.

What is your reading of this fact?

This philosophy of preservation and maintenance has to permeate on a national scale. Not only from a technical and economic point of view, but also from a sociological and cultural point of view. That is to say, the social valuation we have of water cannot and should not be framed only in terms of the preservation of the Canal’s hydrographic sources. When we think of Panama, we must think from the Tuira [river between Darien and the Embera-Wounaan region] to the Sixaola [river between Panama and Costa Rica]. This social conscience has to be generalized on a national scale; otherwise, we are going to make the same mistake as when the US presence was in Panama, that there were Panamanians who behaved in an exemplary manner when they were in the Zone, but as soon as they returned to Panama, they did not.

Then, we have to homogenize the culture of respect for the cost and valuation of water, wherever it is.

Who is responsible for the use and conservation of water resources in Panama?

You and me, and everyone. That is individual responsibility behavior. Hopefully someday legislation will be passed with sufficient criteria and lucidity to address this strict scope of conduct of the individual. But there is also social responsibility, which, by obligation, must be guarded and maintained by the State through its institutions.

The State has to guarantee compliance with those things that ensure the benefit of the citizens. Therefore, we must have the minimum intelligence to have a State that knows how to manage and preserve resources, including water. Therein lies the secret of sustainable development.

What does it take for us, as a society, to start valuing drinking water more?

That we understand that things have a cost. Social costs must also be paid. The worst thing we can think is that, since something belongs to the State, nobody pays for it and it must be free. That is the most misleading thing that can be said, because in reality, it is not free, everyone has to pay for it. It should also be understood that, although it is true that we have this availability of water in Panama, it competes with our culture of waste and pollution, because on top of the fact that we do not invest adequately, we acquire bad habits and attitudes that degrade the environment.

Toro’s reflections reiterate great lessons: we need to mitigate the effects of climate change and this implies the adoption of more responsible habits with the environment and water; but also to adapt ourselves to face future challenges, and at this point it will be essential to make timely decisions that allow us to have the infrastructure to optimize the storage and management of this important resource, for the benefit of all.