South African Archbishop and human rights advocate Desmond Tutu visited Panama in March 1989. At that time, Tutu was already the Archbishop of Cape Town (South Africa), a position in which he collaborated with the democratic transition in that country. 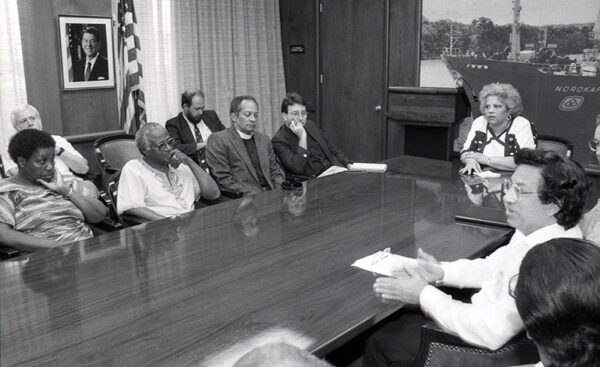 Desmond Tutu’s presence was part of a visit by religious leaders of the Anglican Communion in solidarity with the Panamanian people. 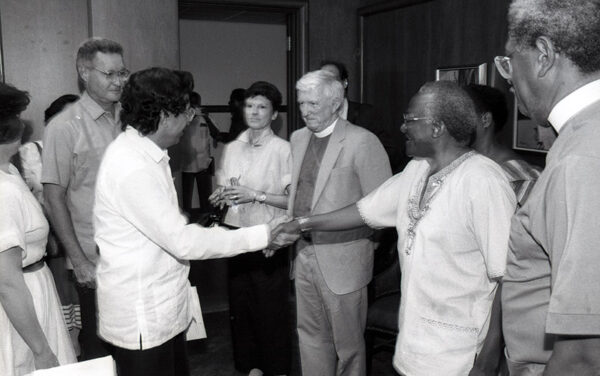 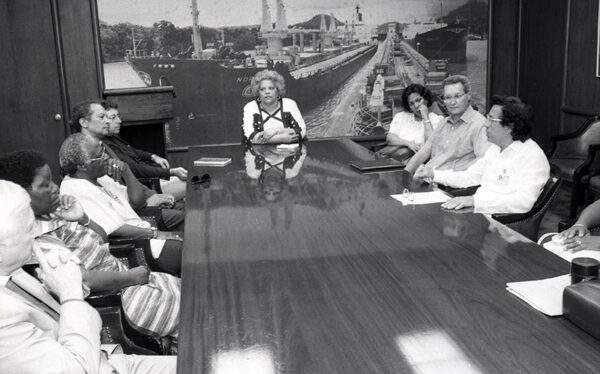 Archbishop Desmond Tutu gained worldwide prominence for his outstanding work in the struggle against apartheid and for being the conscience of reconciliation in his country. He received the Nobel Peace Prize in 1984. When Nelson Mandela was elected the first black president of South Africa, he appointed him chairman of the Truth and Reconciliation Commission. Desmond Tutu passed away on December 26, 2021.