David McCullough: Creator of "A Road Between Two Seas"

McCullough was born in Point Breeze, Pittsburgh, Pennsylvania. The fourth child of Ruth and Christian McCullough, he was educated at Linden Avenue Grade School and Shady Side Academy in his hometown. He then went to Yale University in 1951, from which he graduated with honors in literature in 1955.

He was often read to by his parents and grandmother, who introduced him to books at an early age. In multiple interviews, McCullough speaks of the love he had for the city schools he attended and of having a healthy combination of interests, such as reading, sports, and drawing cartoons, encouraged by his parents.

He worked as an apprentice at Sports Illustrated, and later was a writer and editor at the history magazine American Heritage.

While working at American Heritage, he wrote in his spare time for three years and although he never imagined he would write history books, he stumbled upon an episode that he thought was so powerful and exciting, it was worth telling: The breach and flooding of the Johnstown, Pennsylvania, dam in 1889.

This disaster claimed the lives of more than 2,000 people and is considered one of the worst floods in U.S. history. Based on the facts, he published “The Johnstown Flood” in 1968 to critical acclaim. 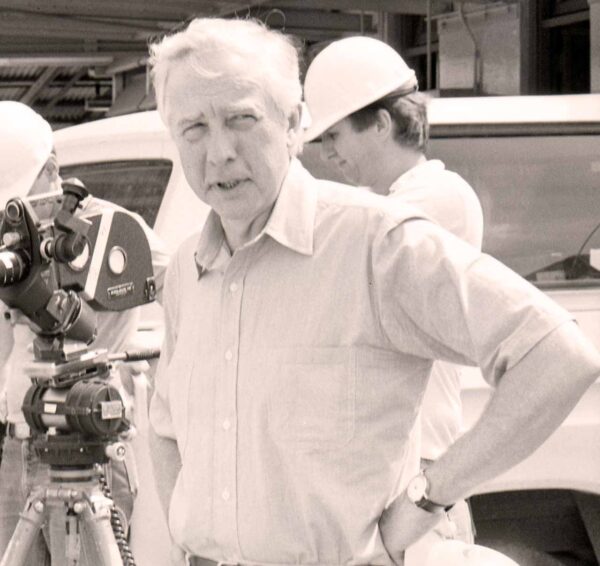 From then on, he devoted himself to writing about history. For his enormous talent, he won two Pulitzer Prizes for the presidential biographies “Truman” (1992) and “John Adams” (2001). In addition, he received National Book Awards for “Mornings on Horseback” (1981), about the young Theodore Roosevelt and his family; and for the book that would link his destiny with the history of our country: “The Road Between Two Seas: The Creation of the Panama Canal” (1977).

In this work, which McCullough wrote on the same 1960 typewriter on which he built all his books, he narrates the epic work and the human drama of those who had the construction of the Canal in their hands, from the French failure to the American effort, closely linked to the birth of our Republic.

The book had a tremendous impact on our history. U.S. President Jimmy Carter went so far as to say that the Torrijos-Carter Treaties, which handed over the administration of the Canal to Panamanian hands, would not have been approved by the U.S. Senate had it not been for McCullough’s book.

“Throughout the Senate debates on the issue, the book was cited over and over again, and I’m pleased to say it was cited by both sides,” McCullough recalled.

Of “A Road Between Two Seas,” McCullough notes in his foreword that he “wished to contemplate those people (who built the Canal) as they were, as living, fallible, and almost always courageous men and women, engaged in a common struggle that was beyond them and caught often by forces beyond their reckoning.”  The result is a portentous work.

McCullough was recognized by millions as an award-winning and best-selling author, and also for his role as a television host and storyteller with a gift for recreating the events and characters of America’s past in the deep voice of a man who has lived history.

David McCullough died last Sunday, August 7, at his home in Hingham, Massachusetts, at the age of 89.

During his lifetime, he received multiple awards and recognitions from historical societies and some 40 honorary doctorates.  In 2006, he received the Presidential Medal of Freedom.