What is Chagas disease?

Chagas disease is an infectious disease present in Panama, caused by a microscopic parasite called Trypanosoma. This parasite is transmitted to humans by insects that inhabit our forests and are popularly known as bedbugs. The first case reported in the country occurred in 1930, in a girl from a village near the Madden dam. Although it is considered endemic throughout the country, statistics show a high incidence in communities near the Canal. 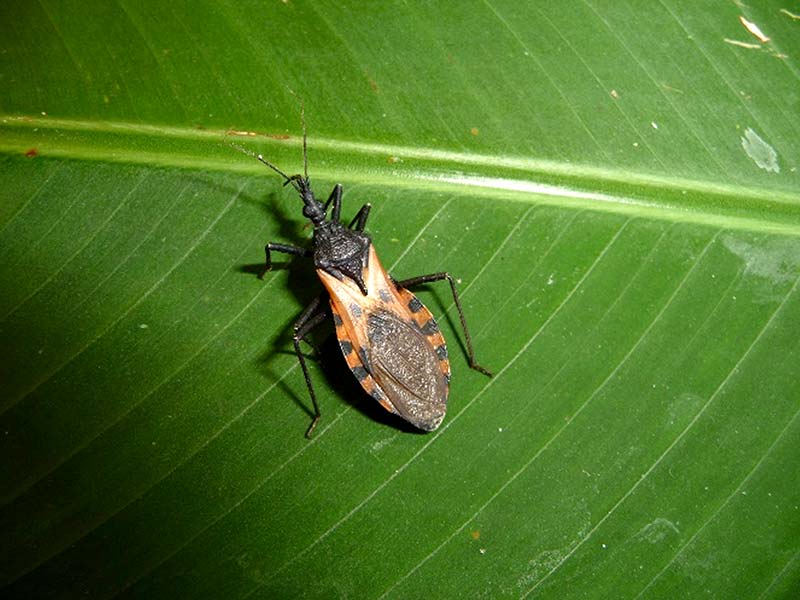 What are the symptoms of Chagas disease?

It is called “a silent and silenced disease“, since its clinical evolution is very slow and most of those infected are asymptomatic or have mild symptoms. The infection has several phases and each one shows different symptoms.

In this phase, the most severe symptoms include:

How is it transmitted?

The parasite that causes Chagas disease is transmitted to humans by the feces of a bedbug. Transmission occurs as follows: the bedbug previously infected with the parasite bites sleeping people to feed on their blood. As the bedbug fills its stomach with blood, it also defecates on the person’s skin, and the parasite is found in its feces. The parasite infects the person when the bedbug’s feces come in contact with the skin wound caused by the bite. People rub or scratch the bites, and thus, inadvertently introduce the parasites into the wound.

Other forms of transmission are:

Which bedbug transmits it?

They bite at night and their bite is painless. Several species have been reported, including Rodnius pallescens, Triatoma dimidiata and Panstrongylus geniculatus. These bugs can lodge in dwellings in rural areas. They hide in cracks, crevices in walls, between clothing, furniture and in the roof of rustic dwellings. They also hide in chicken coops, corrals, tree holes, among firewood, in birds’ nests and in royal palms, also known as wine palms. These bugs obtain the parasite that causes the disease by biting an infected wild animal.

In our country, the main reservoir of the parasite is the opossum, then there are rodents, armadillos, tamandua and many others; even domestic animals in rural areas.

What is the treatment?

Chagas disease is almost 100% curable if treated in its early stages, according to the Pan American Health Organization (PAHO). If you suspect you have Chagas disease, go immediately to your doctor, who will send you special tests to detect the parasite. If left untreated, the infection will last a lifetime. There is no vaccine available, but there are medications to treat the disease. Treatment is effective when given during the acute phase of the infection. No drug has been shown to be effective once the disease progresses. In the chronic phase, treatment is limited to controlling the symptoms associated with the disease.

Who is at risk?

Anyone living in or visiting areas where cases of Chagas disease have been detected is at risk. It mainly affects people living in rural areas where there are houses made of natural materials such as: mud, quincha, wood, roofs of palm stalks, and whose nearby forests have royal palm trees.

Due to population expansion and migration of people from the countryside to the cities, this disease can also be found in urban places.

How can it be prevented?

The following tips will help prevent the disease in areas with Chagas disease problems:

The World Health Organization declared April 14 as World Chagas Disease Day. This inclusion in the global health agenda emphasizes greater visibility and attention to this disease, which is on the list of neglected infectious diseases. In turn, this initiative is part of the Health and Wellness goal of the 2030 Agenda for Sustainable Development.

Some 12,000 people die each year from Chagas disease. An estimated 30,000 new cases are reported every year in the Americas, there are between 6 to 8 million people infected by this parasite in vulnerable populations, and most of them are unaware of it.