The level of science being conducted in Panama has nothing to ask of more developed countries. And with the range of tropical ecosystems that converge on the Isthmus, such as rainforests, dry forests and cloud forests, as well as the proximity of two oceans as different as the Atlantic and the Pacific, the number of possible research questions is as infinite as it is varied.

Despite their value, scientific results tend to reach a very specific audience; an audience that may already be interested in the topic and actively seeking more information about it. But how do you reach a broader audience with information critical to the long-term health of our planet? Where do curious people go to learn about new topics that may not have been on their radar?

The Panama Interoceanic Canal Museum is committed to this mission. It generously opened its doors and shared its time and knowledge to bring to a broad public a bilingual exhibit in English and Spanish that interactively disseminates the science behind an important concept for the development of a sustainable country: Intelligent Reforestation®.

This concept emerged from one of the most productive projects for natural science scholars in the Neotropics: Agua Salud, a 700-hectare area located in the Panama Canal Watershed that, for a decade, has lent itself to research on different land uses, with the support of valuable collaborators such as the Panama Canal Authority and MiAmbiente.

Hundreds of scientists and students linked to the Smithsonian Tropical Research Institute (STRI) have developed studies there that reveal the best ways to work with nature to protect our biodiversity, our water sources and mitigate the effects of climate change.

Under the leadership of STRI scientist Jefferson Hall, much knowledge has been produced to inform sustainable land management. So-called Smart Reforestation®, one of the most important outcomes of Agua Salud, starts from four basic premises: right species, right place, right time, right reason.

In other words, when deciding which species to use for reforestation, the soil conditions, climatic conditions and also the reforestation objectives must be considered. Is the site fertile or infertile, what are the annual rainfall levels, what are our planting objectives? For some, these objectives could be the restoration of deteriorated soils, flood prevention or biodiversity recovery. 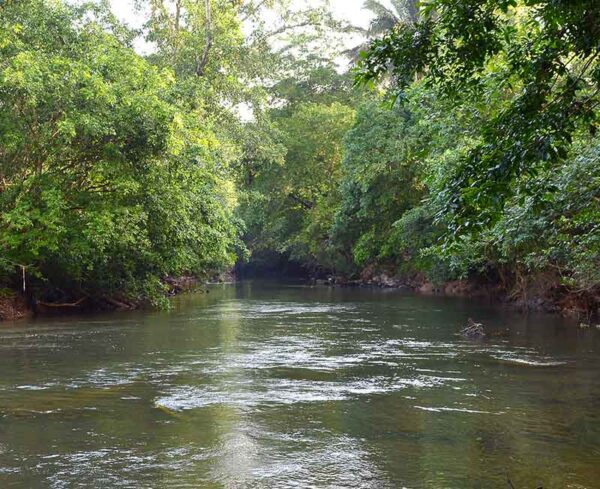 The information generated in Agua Salud has not remained limited to the academic environment. In 2016, STRI published the Guide to the Early Growth and Survival of 64 Native Tree Species of Panama and the Neotropics, in Spanish and English, a tool based on Smart Reforestation® research for anyone interested in tropical ecosystem restoration.

The guide is part of an exhibition that was postponed for nearly a year and a half due to the Covid-19 pandemic – it was originally scheduled for April 2020 – opened in late September of this year, and will be on display until March 2022. 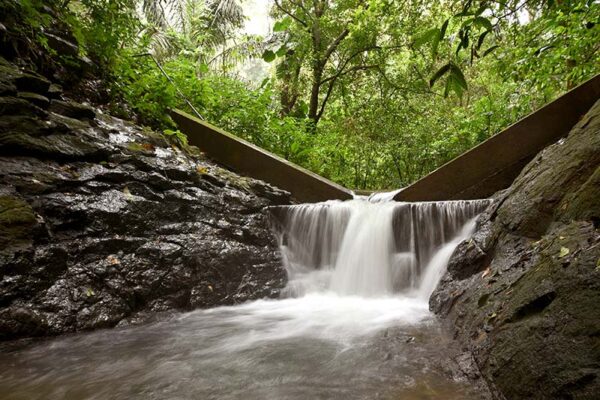 For visitors, it will be an opportunity to learn about the various factors that put the future of our planet at risk and, at the same time, a journey of exploration through the various experiments of the Agua Salud project that reveal to us what alternatives we have to protect the health of the environment in a fun space that includes videos, a sand table and even a video game.

Hopefully, this exhibition will also inspire new collaborations between STRI and other museums or organizations interested in the dissemination of contemporary science in the country. All Panamanians have the right to learn about the new knowledge generated in Panama, especially that which has immediate applications for the benefit of our environment and our future.