We continue our journey along the national thought in the context of the bicentennial of the Republic. El Faro opens a dialogue between different actors and facets of local activities.

On this occasion, we explore the impact of the construction of a water route in literature, for which we speak with Dr. Luis Pulido Ritter, Panamanian academic who, from Berlin, offers us a personal and professional look at the scenario of literature, in a world little explored from the perspective of literature and the Canal; where migration and the juxtaposition of worlds and realities produce a phenomenon, yet to be analyzed in depth; and in which we agree, is in a process of permanent transformation.

Canal and literature. The Water Canal, conceived and built from our shores, brought profound repercussions in the social, economic, political and territorial spheres. Let’s talk about it and its reflection in literature. What did the Canal have to do with literature?

If I start from the principle that literature has to do with everything human, I can tell you that the Canal, because of its human implication, is within literature. It is from there, for example, that we can understand the texts of Joaquín Beleño (Gamboa Road Gang, 1960) or Eric Walrond (Tropic Death, 1926), who revealed the human consequences of a work like the Canal.

Without a doubt, my experience with the Canal and, specifically, with the Canal Zone, which, as you know, was a North American human, social, economic and political conglomerate, an enclave within Panama, has marked our lives to this day. Growing up in the city, segregated from a part of the territory, is not an experience that leaves you indifferent or immune for life.

Who of my generation doesn’t remember the Zone fence?

We carry that experience in our souls and, undoubtedly, this has touched my literary and academic production. It seems to me that what the experience of the Canal, the colonial enclave of the Canal Zone, has given me most is that I reject walls, borders and segregation. It is an experience that was even present in the writing of my book, “Philosophy of the Romantic Nation” (2007), with which I entered a discursive block, immobilized and closed, where the air had already stopped and smelled of old humidity. What I did, with this book, was to open the windows, to jump out of those imposed and muddy trenches that had paralyzed the dynamism of thinking. Indeed, I flee from exclusions, from the frontierization of thought, and I am attracted to traffic, to travel, to the feeling of freedom lived and to be lived: I like to go out into the open air.

The Berlin Wall and the end of the Canal Zone. Our conversation revolved around common determining processes in societies such as those of Berlin and Panama; in this regard, Luis tells us:

That is why I lived with tremendous satisfaction the fall of the Berlin Wall, the city where I lived in 1989, just a month before the invasion of Panama. There I felt the dream of freedom, the fall of that wall, which had enclosed people. That coincided with my feeling of life, because I feel and live freedom, although now I accept, for reasons of individual and collective health, that we respect the rules of care in the face of the pandemic. And with my texts, I am permanently looking for criticism, movement, the connection between realities and countries, imaginaries and discourses. Since my doctoral thesis, I have dedicated myself then to cross seas, countries and continents, where I have been especially drawn to the Caribbean, which in the end, is talking about Panama for its complicated and rich history of languages and cultures, and which has helped me connect America, Africa, Europe and Asia, as I have done now with my latest Miró award in the category of essay, A Transatlantic Journey (2020), where the essayist, moves through the world with the soul of a steamer. 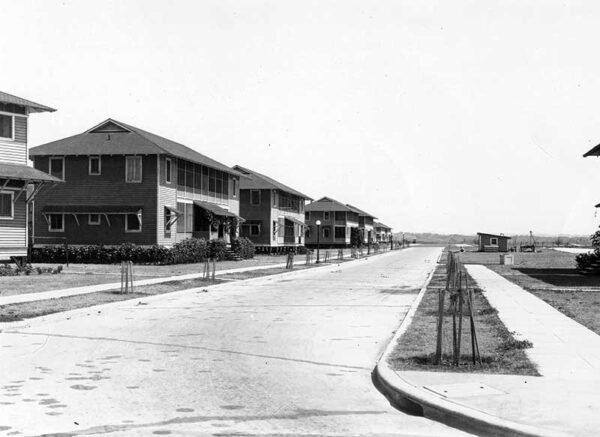 Literature, society and the 19th century. Some historians and anthropologists understand Panama’s social conformation as one with two faces: one transitional and the other rural. The first, in descriptions of scholars, as one “of cosmopolitan culture, foreign, secular, of a service economy, modern, with bargaining power, free trader…English-speaking, Creole, black, Chinese and European…” versus another traditional regionalist, Hispanist, Catholic, traditionalist, with admiration for heroism and physiocratism” (Porras, 2020, Porras, 2020). (Porras, 2020) How do you approach – from these interpretations – the literary production of 19th century Panama?

By methodology, I am interested in the contradictions and paradoxes, the breaking and fracturing of borders, the interstices and transformations. At first glance, Porras’ model is useful and works for the 19th century; but, to begin with, we should ask what we mean by all those concepts and how “cosmopolitan”, “secular” and “foreignizing” were those who proposed a “service economy” with the Canal as its spearhead.

While I would ask here if the so-called “tertiarism” necessarily translates into “cosmopolitanism”, “secularism” and “foreignization”, in many aspects, Panama is the best proof that, with a tertiary, service economy, there are certain social, political and cultural imaginaries that are still trapped in the colonial society, imaginaries that were very well described by Mariano Arosemena in his “Apuntamientos Históricos” of the 19th century. From here, I can tell you that, for example, for the Twentieth Century, we have a character like the former President and Minister Ricardo J. Alfaro (1882-1971). On the one hand, he was a man from the capital, a well-traveled man and negotiator of the Canal treaties, and on the other hand, he was a romantic intellectual, a people, a culture, a religion and a national state. That is why, then, he was the promoter and founder of the Panamanian Academy of the Language and, in addition, he devised a dictionary of Anglicisms that should safeguard or protect us from foreigners. And, in another sense, I mention Roque J. Laurenza (1910-1984), who was from Chitré, and was one of the most exquisite and universal, cosmopolitan and educated intellectuals, in classical terms strictu sensu (strict sense), that this country has ever had, beyond any romantic and populist idea of nation. He had, by the way, an extraordinary awareness of the popular, whose culture is tremendously paradoxical and contradictory. And I could go on ad infinitum. By this, I mean that the matter is complex, that it is full of twists and turns that modify molds, and we must be aware of the multiple transformations that have marked Panamanian society, from the elite to the popular, according to their periods and historical-social contexts in a country as tremendously differentiated and intertwined as ours.

Canal and its fragmented waters. In your work you refer to literature and subjects from a scenario you have called the “fragmented Atlantic”. The Canal produces other social and territorial fragments. The Antillean black community is a reflection of this, as was the Canal Zone and the city of Colon, another Atlantic fragment. Let us speak from here, of the fragmented space, of literature, tinged with traits of a new palette of negritude, post-slavery.

In my book “Postcolonial Critical Fragments” (Miró Prize, 2017), which is a transitional book between the first and the third Miró, I introduce a chapter on expatriates, immigrants and foreigners, a chapter that connects with the migratory imaginaries of a country like Panama. The fragmentary are the borders from power, economic, political and cultural borders, borders that cannot deny or paralyze the connection, the movement and the crossing of them. That is why, then, this chapter is the awareness of this displacement, this transit, which creates a network of relationships, a warp that is being assembled throughout the world, which breaks those discursive fragmentations of power between ethnicities, classes and states. For me, the Canal is part of that warp and migrants, both “foreigners” and “nationals”, are part of that web of relationships.