Colorful flower petals fly in the air and fall on the waters of Culebra Cut. Tears flow and emotion overflows. A group of people aboard the boats Gaviota and Ruiseñor gaze reverently at Culebra Cut.

Every August, in commemoration of the anniversary of the Canal, they dedicate a week for meetings, conversations and tributes with the mission of not forgetting. The flower ceremony is the most important event. 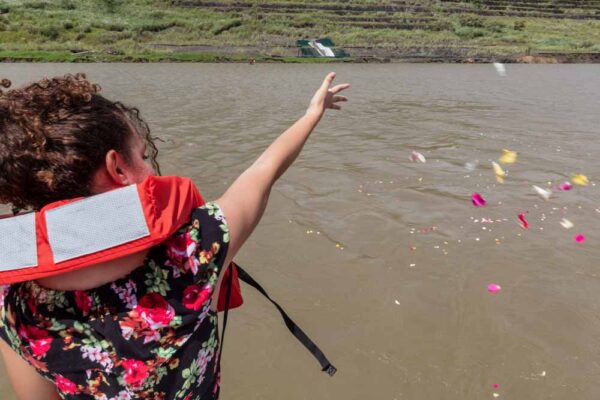 The Society of Friends of the Afro-Antillean Museum (SAMAAP), formed in 1981, dedicates a great effort to preserve the memory of the workers of West Indian origin who came to Panama for the construction of the railroad and the Canal.

The visit to the Cut is an emotional tradition for SAMAAP. “This visit keeps the memory alive in the descendants and honors the sacrifice of those who came before,” explains Arcelio Hartley, president of the society and Panama Canal retiree.

“SAMAAP is dedicated to preserving the contribution that Afro-Antilleans made to the Canal and the country,” he adds.

“I am one of the few people left who lived with the builders of the Panama Canal. They have all passed away, but this ceremony brings their names back to life. I am grateful to the Panama Canal for allowing us to do this tribute,” says Gloria Branch, secretary of SAMAAP’s board of directors. 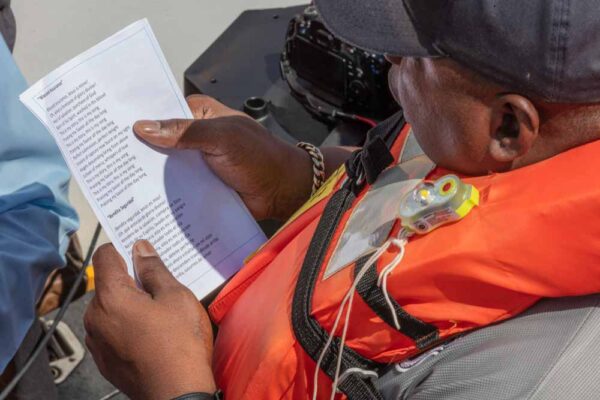 Arturo Jordan, speaker at the event, explains the double emotion he feels. “As a Panamanian, I am proud of what the Canal means to the country, but I also feel a personal emotion. My great-grandfather, from Barbados, died in an explosion in the excavation of the Culebra Cut and his body was never found. That family history taught me that I had to contribute to this country,” he says. The hymns sung, the prayers and the names spoken out loud strengthen the memory of those who gave their lives for the future we live in today. “Neither the Canal nor the country has forgotten them,” said Araminta Owens, one of the guests at the commemorative event, with a sigh.