"A united America, the one Bolivar dreamed of...".

Between June 22 and July 15, 1826, Simón Bolívar called the recent Spanish-American republics to a meeting in Panama. It was a chimera that was called the Amphictyonic Congress.

Bolivar had the vision of creating a confederation of Latin American peoples, from Mexico to Chile and Argentina, at this meeting. Representatives from Colombia, made up of Panama, Venezuela, Ecuador, and Colombia; Mexico, Peru and the Federal Republic of Central America were present, while Great Britain sent an observer and the Netherlands another, in a personal capacity. 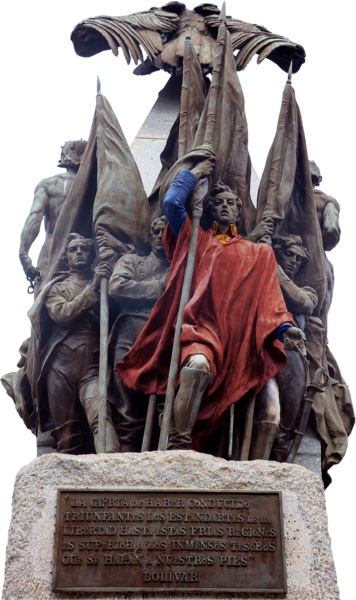 For Simón Bolívar, the Congress was a dream since 1815 when he said from Jamaica: “How beautiful it would be if the Isthmus of Panama were for us what the Isthmus of Corinth was for the Greeks… Hopefully, one day we will have the fortune of installing an august Congress there…”. From this perspective, Bolivar longed for understanding among all countries and sought the unity of the continent. He also saw the potential of a water canal through Panama, generating, along with others, the first explorations of our territory.

The installation of the Congress occurred in the midst of the independence conquests in Latin America, after the liberation of Upper Peru (now Bolivia) by the Liberator himself and the Grand Marshal of Ayacucho, Antonio José de Sucre.

Why unite the new independent republics?

Bolivar’s idea was to strengthen cooperation among the new republics and to leave behind the destruction and death caused by the struggle for independence. The new nations were threatened by new and inexperienced administrations, internal anarchy, possible invasions by European reconquests, the voracity of the British Empire and the United States of America, especially. The agenda of the Congress sought to strengthen the independence of the new states, including aspects of internal security and non-intervention, legal equality among the entire nation and to establish relations among the states through a permanent plenipotentiary Congress, as well as to guarantee social reform on the basis of freedom and peace. 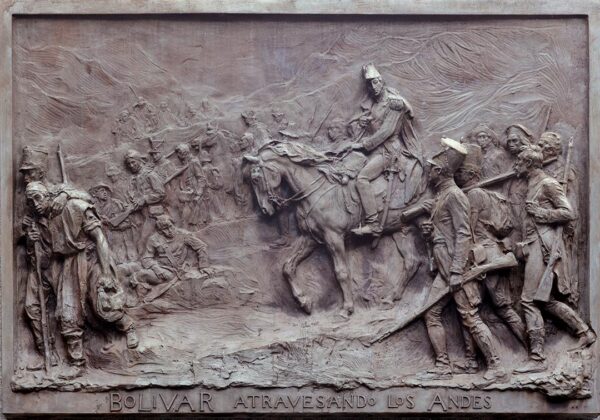 The Amphictyonic Congress of Panama was both the culmination of Bolivar’s ultimate dream and the beginning of its failure. This great assembly was to found a great nation that, by extension, population and natural wealth, would play a leading role in the world. The great visionary capacity of the Liberator was opposed by the short-sightedness of regional oligarchies of large landowners and merchants subordinated to foreign capitalists.

The agreements to which Bolivar aspired in the Congress did not reach a happy conclusion for various reasons: the youth of the new republics, the absence of economic solidity, and border problems. In spite of the above, the Liberator focused on the creation of the Confederation of the Andes (Colombia, Peru and Bolivia) to oppose the imperialist policy of the United States and the ruling classes.

Where did the Congress take place?

The chapter house of the Convent of San Francisco was selected by the departmental government to host the deliberations of the Amphictyonic Congress, today part of the Bolivar Palace, headquarters of the Panamanian Foreign Ministry. The place is considered by UNESCO as part of the World Heritage Site since 1997, when the entire Historic District and the site of Panama Viejo were declared under that denomination.

The original minutes of the 1826 Amphictyonic Congress of Panama -consisting of 15 pages- were brought from Itamaraty, Brazil, to Panama in 1976. This historical legacy was restored by the Interoceanic Canal Museum through an agreement between that institution and the Ministry of Foreign Affairs.

What does today’s Plaza Bolivar have to do with this memory?

One of the many fires that ravaged Panama City in 1756 left a vacant space in San Felipe on which no building was ever built again. Then, due to the influence of the Franciscan Convent, the space became known as San Francisco Square. On the centenary of the Amphictyonic Congress in 1926, the government of Panama, in agreement with the Spanish American countries, ordered the construction of a sculpture and granite ensemble to commemorate the date. The sculpture was commissioned to the Spanish artist Mariano Benlliure, who described it as follows: “Two fronts composed by the figure of Bolivar, isolated in the front and flying the flags of Argentina, Chile, Bolivia and Colombia in the back, accompanied by reliefs representing the emancipation of slaves, the proclamation of freedom, the cry of American independence and the passage through the Andes. They are part of the sculptural set, two allegorical figures of Liberty and Victory that shake hands at the top, under a condor that spreads its wings to take flight, symbol of South America“. Panamanian engineer Julio Poyló supervised the work.

How do we interpret this event?

The echo of the Amphictyonic Congress resounds today throughout the world. Its convocation and celebration in Panama is the immediate antecedent of multilateralism and the creation of organizations such as the Organization of American States, the Pan American Health Organization, and the United Nations, among others. The term amphictyony evokes the confederation of ancient Greek cities for matters of general interest.

Dr. Aristides Royo, current president of the Canal’s Board of Directors, and actor in the signing and execution of the Torrijos-Carter Treaties, states that “if the convening of the Congress of 1826 was important for the defense of the hemisphere that had just sealed its independence from the Spanish metropolis, the most relevant international event was the creation of the so-called Gran Colombia, which united three nations into one”. Additionally, he affirms that “Latin America is far from achieving a union similar to the European one, but thanks to that meeting held in Panama in 1826 and known as the Amphictyonic Congress, international treaties and solid bonds arose that crystallized in the American International Law”.