It is only a few decimal places difference, but the impact of the decision extends beyond the numbers, and reaffirms, five years after its opening, how strategic the construction of the Third Set of Locks has been for the Panama Canal. 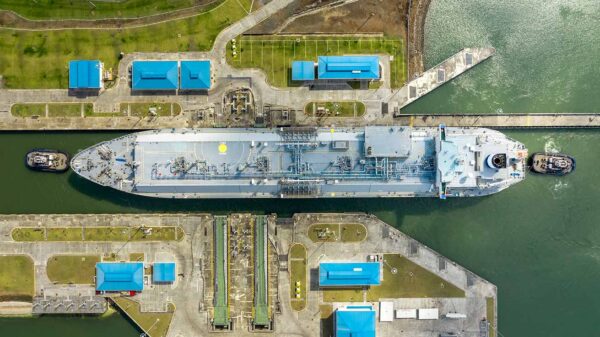 With this adjustment, a large portion (96.8%) of the world’s container vessel fleet can now transit the Panama Canal. Prior to the change, it was estimated at 96%.

To better dimension the impact of the decision, currently the world fleet of container ships has 5,427 vessels according to data published as of May 2021, of which 5,251 vessels can cross the 80 kilometers of the Panamanian interoceanic shortcut.

“This change was possible thanks to the experience of our team that has operated the Neopanamax Locks safely and reliably for the past five years,” said Panama Canal Administrator Ricaurte Vásquez Morales.

The new length gives shipping lines greater flexibility in making decisions on the deployment and construction of larger capacity vessels that can transit through the Canal.

Since then, other vessels of the same size and capacity have transited the interoceanic waterway, such as the Talos and Theseus, among others.

In addition to this increase in length, the Canal announced an increase in draft to 15.24 meters (50 feet), the highest level allowed in the waterway. Increased rainfall and water resource management in the lakes made it possible to offer a draft of 14.93 meters (49 feet) as of April 2021.

Five years after the opening of its expansion, the Panama Canal continues to strengthen its role as a strategic route for maritime trade, by attracting new clients, as a result of the security of the service it offers to the maritime industry.

Proof of this was the inaugural transit that the container ship One Hawk, operated by the Ocean Network Express (ONE) shipping company, made through the expanded Canal on June 9. With its unique magenta color, the One Hawk traversed the Neopanamax Locks as part of an Alliance service that covers the route between Asia and the East Coast of the United States. 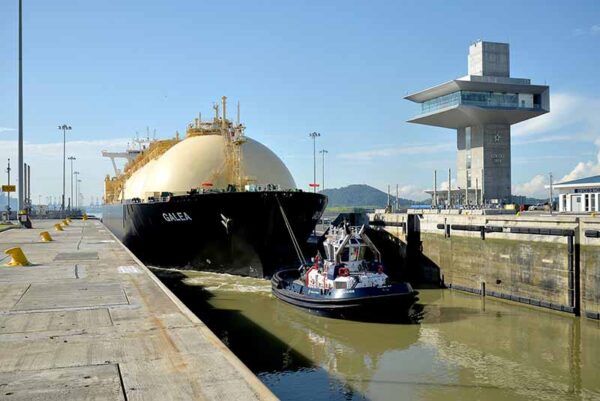 The One Hawk transited northbound from the Pacific to the Atlantic with a capacity of 14,167 TEUs, which is the unit of measurement for a 20-foot container.

On its inaugural passage through the interoceanic waterway, the One Hawk received the Green Connection recognition for plying the Panama Canal’s green route, which means a shorter route, saving an estimated 4,500 tons of CO2, thus minimizing its environmental impact.

The route of this container vessel includes calls at ports in China, South Korea, Colombia, New York, North Carolina and Georgia, in the United States.