Shortly after the maintenance work was completed, it was time to test the operability of the 14 gates of the Gatun spillway, in the Atlantic sector of the Panama Canal, in the province of Colon. It was a morning in early October, the month that the hydrologists of the Vice-Presidency for Water Resources Administration mark every year in their calendar of mandatory tasks: the operational tests of the 14 gates of that spillway. 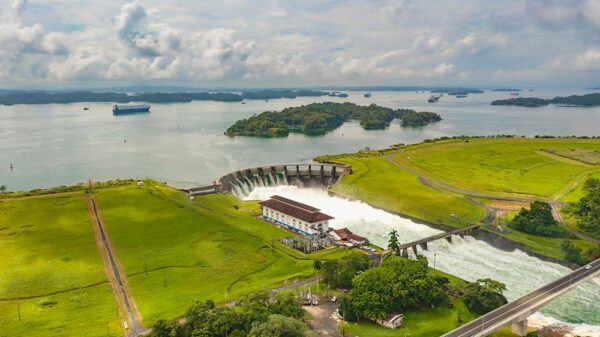 The purpose of the tests, with hydraulic load, is to verify the operational availability of these structures and to guarantee that if preventive or emergency releases are required during the flooding season, they will be carried out as scheduled. They are carried out in a term of 2 hours and 45 minutes. With stopwatch in hand, like a time taker in Formula 1 qualifying races.

After the last sound of the siren that can be heard throughout the facilities and surroundings, at 9:00 a.m. the tests begin with the opening of gates G10 and G14.

“If it is foreseen to have an excessive inflow, big storms or extraordinary precipitation, we have to dislodge water, and it is at that moment that the floodgates come into operation and in criteria that they respond to us at the moment they are needed”, says to El Faro, Daniel Muschett, vice president of Water Resources Management, Panama Canal. 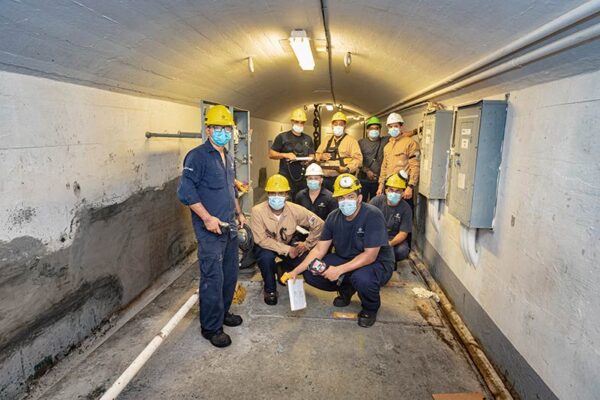 He adds that between the end of September and the beginning of January of each year, a period that Canal hydrologists have called: Flood Control Season, there is more precipitation in the hydrographic Watershed; therefore, the spillway gates are tested annually, “because we have to be sure that at the time of the emergency, they will work properly”.

He explains that all the floodgates are tested. On this occasion, nine were tested consecutively and the rest individually, until reaching the 14, in a determined sequence, to test the safety of the dam, the structure of the powerhouse downstream and the discharge controls in the lower part of the Chagres River below.

“This has allowed them to work well; that it has been possible to combine the hydraulic management from one end of the dam to the other to protect these structures that are more than a hundred years old, but continue to function thanks to works such as these, verifying operability, in addition to the maintenance that is required of all the equipment that makes the spillway gates work,” Muschett emphasizes. 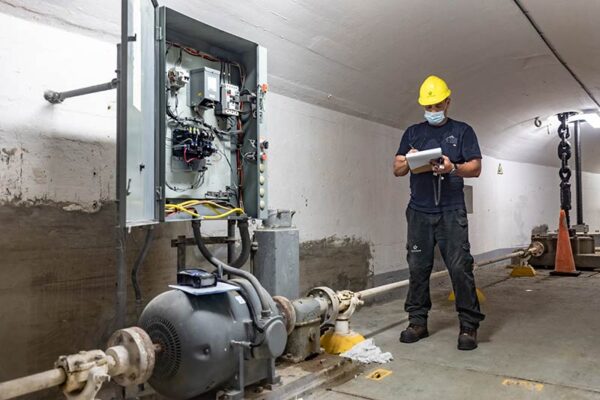 Why do the gates open alternately and not in numerical sequence? The reason is weight and volume. If they were opened in numerical order or at random, the water flow would run out of control and flood the hydroelectric plant’s machine room, or cause structural damage.  So, the idea is to “cut off” the water flow with more water. To do this, the spillway’s discharge side has energy dissipaters, which are huge concrete blocks strategically located so that the water flow collides, spreads out, and flows in a controlled manner.

Around mid-day, the test ended with the satisfaction of the team of hydrologists and technicians that if a controlled discharge of water becomes necessary during this rainy season, the surplus will be removed, thus avoiding putting the downstream communities at risk, as well as the workers, the Canal facilities and the operation of ships transiting the waterway.

“It has worked well. The objective of the test was met, and both the personnel who operate the floodgates and those who evaluate the levels and requirements of the discharge at this time can be satisfied,” concludes the leader of the Water Resources Management group.