On August 15, 2022, the Panama Canal will celebrate 108 years of operation, and continues to demonstrate its commitment to the country and to international trade.

The Panama Canal, taking advantage of its geographical position, has changed international trade by saving time, distances, and costs to the maritime transport of finished products and raw materials between different countries, since its inauguration on August 15, 1914 and even more, with the expansion of its capacity in 2016. This is how our Canal connects to 180 maritime routes that reach 1,920 ports in 170 countries around the world, and where in the calendar year 2021, transited 2.4% of the world’s maritime trade.

“As we celebrate the anniversary of the inauguration of the Canal operation, we continue our commitment in favor of offering value to our clients, and with it, offering new opportunities to our human team for the benefit of the country,” highlighted Panama Canal Administrator Ricaurte Vásquez Morales. 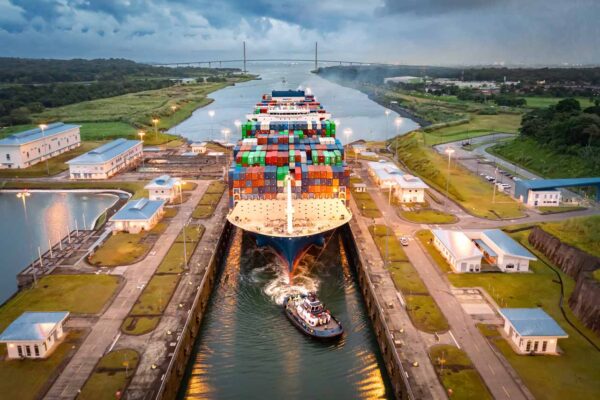 The key is maintenance

One of the keys to the Canal’s continued validity lies in its maintenance. The century-old locks that saw the steamship Ancon in its inaugural transit continue to operate thanks to a robust multi-year maintenance program in all its structures.

The most recent maintenance work took place in the east lane of the Miraflores Locks last July. This was a major dry chamber maintenance operation to replace gates 112 and 113, change the seals on both gates, as well as two sets of valves, among other works.

This work was possible thanks to the efforts of close to 300 workers from different divisions, who worked nine continuous days, in two 12-hour shifts, with almost 200 workers per day.

The Panama Canal also fulfills an environmental responsibility to the country: to ensure the availability of water in volume and quality for its operation and for human consumption.

An example of this commitment is the creation of the Center for Hydro-environmental Innovation, Research and Technology (CITEC), an initiative promoted by the Panama Canal with the support of the Technological University of Panama (UTP), as part of the efforts to increase the protection of water resources.

This is a project that involves government entities such as the National Secretariat of Science, Technology, and Innovation (SENACYT), the Government Innovation Authority (AIG), and the City of Knowledge Foundation, all with the aim of participating in research and development efforts on the subject. 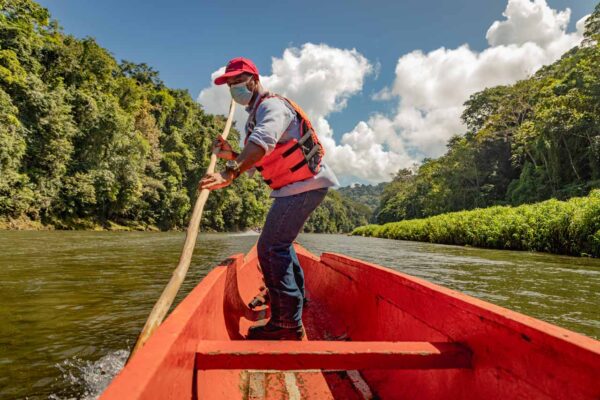 In addition, and as part of the responsible management of water resources, the Panama Canal conducted the annual operational tests of the 14 gates of the Gatun spillway in Colon. The tests were carried out at the end of July (instead of October as is usually the case), due to the abundant rainfall in the Canal watershed, as a result of this year’s La Niña phenomenon.

At the time of the opening of the floodgates, the level of Gatun Lake was 87.55 feet, which is 1.45 feet from the operational maximum of 89 feet, usually recorded between November or December.

The waterway ensures that the 14 gates of the Gatun spillway are available for flood control when the reservoir reaches its maximum levels in the last quarter of the year. Thus, the Panama Canal celebrates 108 years of operation, and the date allows for a reflection on its vision for the future, the challenges ahead and the need for us, as a country, to work together on continuous improvements, because Together We Are Panama.