Zamias belong to the group of cycadophyte plants and are described as gymnosperms, with a long and interesting evolutionary history. They are well known for their beauty, which leads many to pay hundreds of dollars for them to adorn their homes. In addition, they play an important role as reservoirs of numerous chemical compounds that could have a potential positive or detrimental use for humans: for example, a neurotoxin linked to neuro-degenerative diseases such as amyotrophic sclerosis and Parkinsonian dementia was found to be produced by cyanobacteria living within a cycadophyte, recorded by Cox et al., 2003 in Guam.

Panama has 17 species of zamias, all of which are catalogued as threatened or endangered. Due to their current conservation status, it is important to continue to learn about the ecology, chemistry and, above all, the impact of current natural and anthropological changes of these populations in our forests.

The lack of information for such an important group caught my attention during an internship with Dr. Juan Carlos Villarreal, Panamanian scientist and professor at Laval University, and Dr. Kristin Saltonstall, scientist at the Smithsonian Tropical Research Institute (STRI). This internship involved traveling much of the country collecting samples of leaves, roots, seeds, and stems for a study on fungi and bacteria growing inside the tissues (endophytes) of some species of zamias, in order to explore the genetic and chemical diversity of Panamanian cycadophytes and their endophytes. 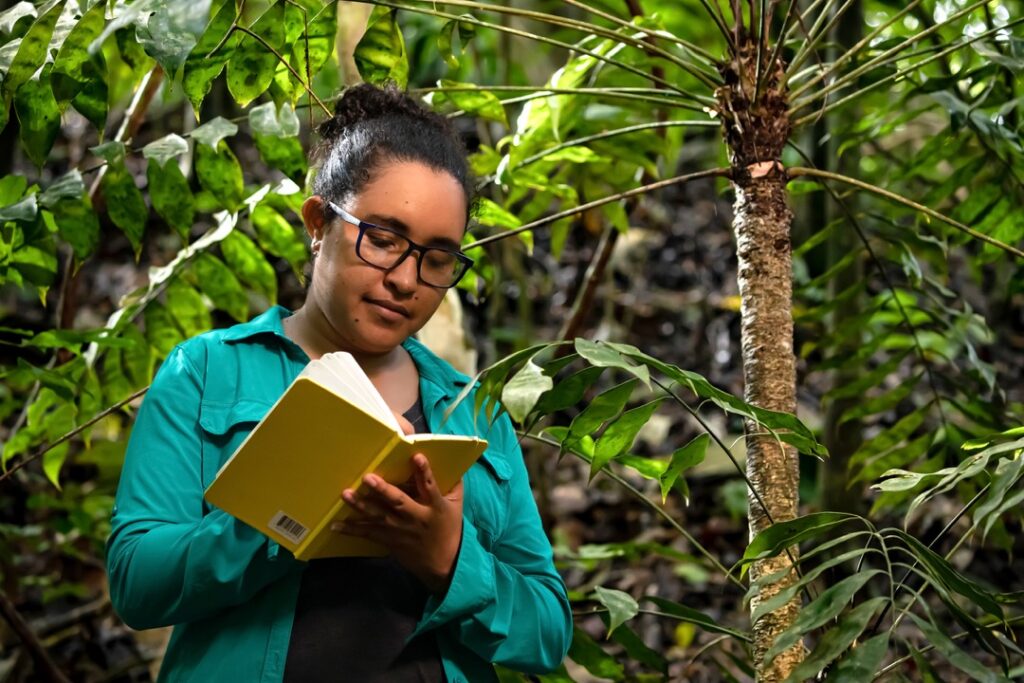 My growing interest in the ecology of this group led to the formation of an interdisciplinary team, including Claudio Monteza, PhD student and researcher at the Max Planck Institute, and Pedro Castillo, biology student at the University of Panama. A mixture of knowledge of camera traps and tree climbing techniques allowed us to learn a little about the mystery of the dispersal of the seeds of, a unique species in the world with an epiphytic lifestyle and endemic to our country. We were traveling through the populations of this species, looking for plants that had cones with seeds, taking into account that they should be located in a place that allowed climbing the tree and at the same time, placing at least one camera in front of the plant. 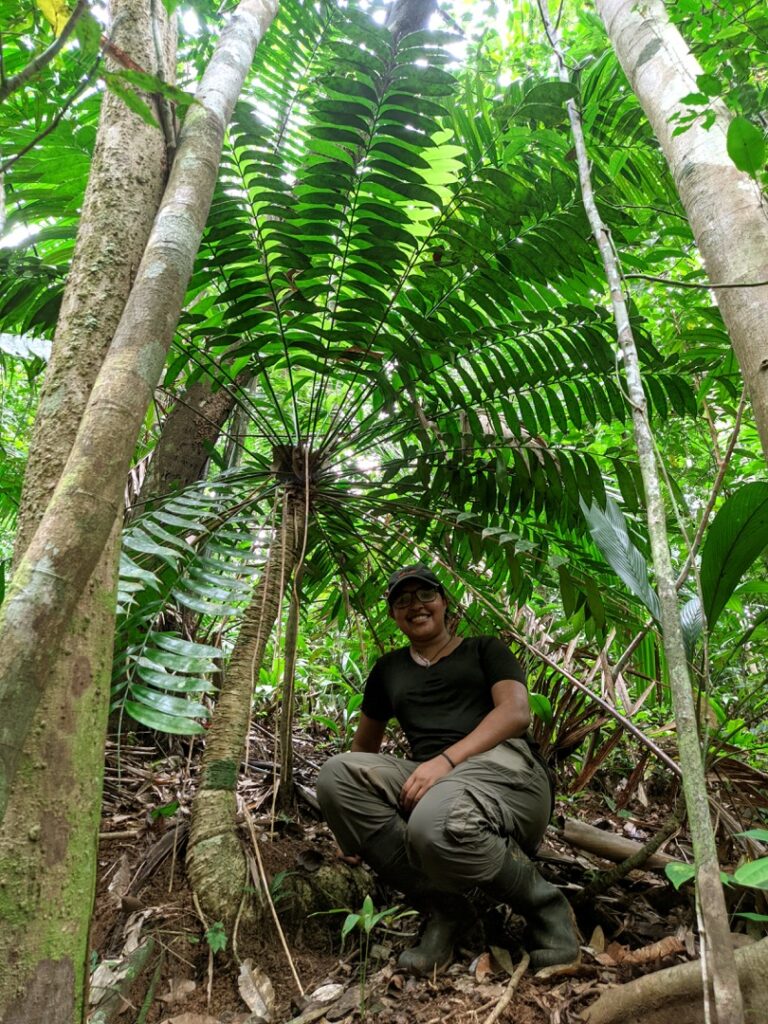 After three months, we obtained results of the olingo, potential disperser of the seeds of. This result is of great importance for the population to understand the importance of this peculiar plant in the diet of some animals in our forests. 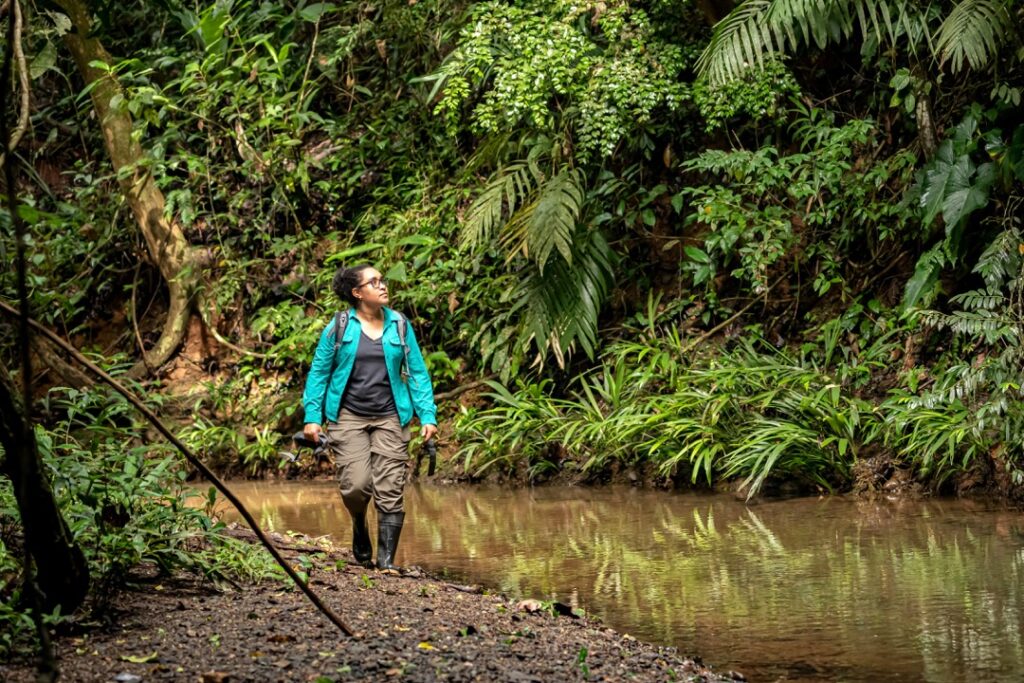 At the end of the internship, I still had many more questions to solve, so I started the Master’s Program in Environmental Microbiology at the University of Panama, with funding from SENACYT, to find those answers. My objective is to describe the diversity of bacteria growing on the leaves (phyllosphere) of Z. pseudoparasitica, using molecular biology techniques that allow to know which of these bacteria are nitrogen fixers, being potentially positive for the host plant. 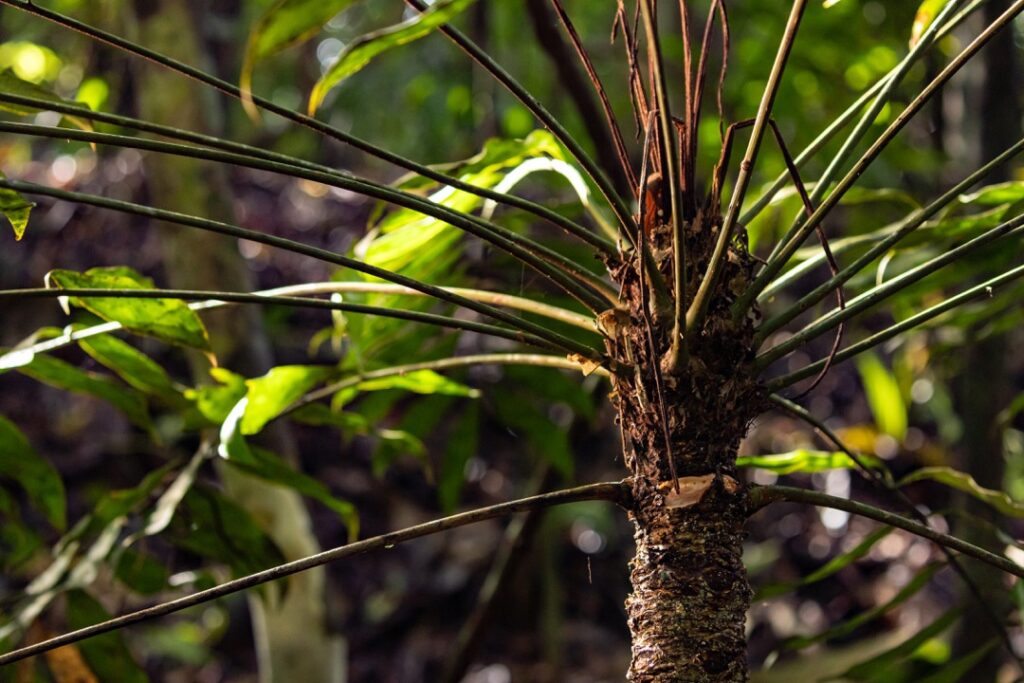 Recent studies have found a specificity of the phyllosphere microbiome with the host plant and the positive impact of this microbiome in adaptive processes such as responses to changes in the ecosystem. It is for this reason that knowing the diversity of these bacteria associated with the leaves of Z. pseudoparasitica will help us to have a better idea of how these species might react to factors such as changes in temperature or precipitation. Based on previous studies, we also know that it is mainly these fungi and bacteria that are responsible for producing the chemical compounds typical of different plant species, so a change in the diversity of the microbiome would directly affect plant chemistry as well. 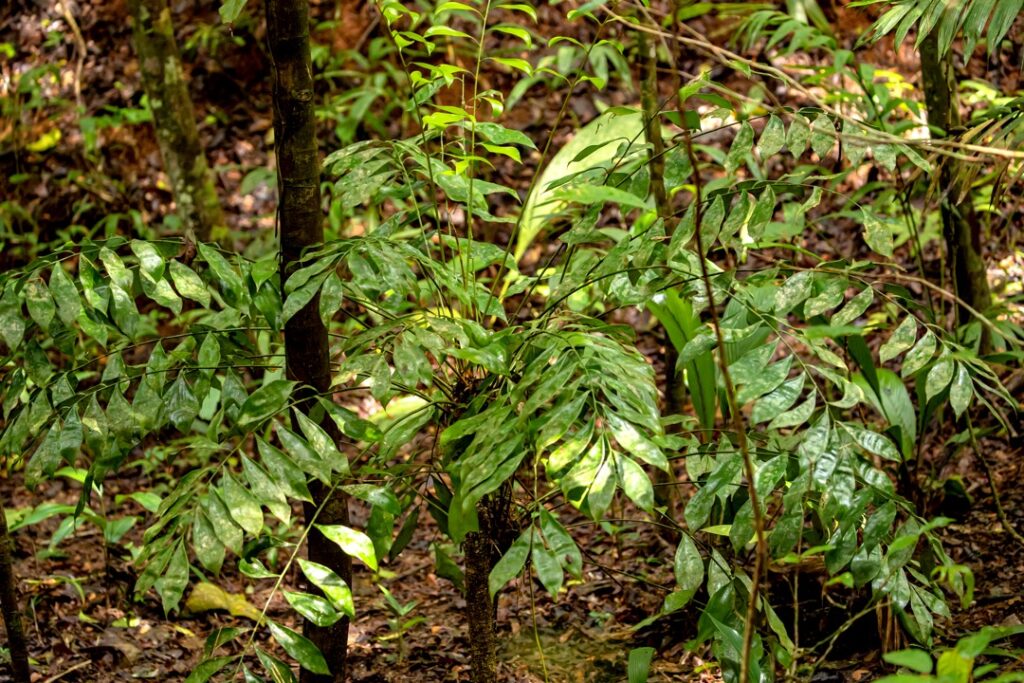 Currently we have formed a team that includes students and researchers from different areas of biology, with the purpose of understanding mainly the ecology, not only of Z. pseudoparasitica, but also of other endemic species of our forests, such as Zamia stevensonii A.S. Taylos & Holzman, a species recently described and so far only recorded in the Canal watershed. As with Z. pseudoparasitica, we seek to know how anthropogenic activities, such as deforestation, affect the structure of the populations, as well as to know the main dispersers of its seeds and the chemistry of the plant, hoping in the future to have a better knowledge of these “living fossils” of our forests.

The author is a researcher at the Smithsonian Tropical Research Institute.