Refurbishment work on the Gatun Spillway, located at the Canal’s Atlantic entrance, is 65 percent complete. The Panama Canal’s Dams and Spillways Unit is even anticipating a three-day advance for the delivery of this maintenance project.

The personnel is currently assembling the gate components, the acceleration system and coupling of the booster screw to the counterweights, among others, prior to the final no-load test, scheduled for the end of March.

Work began in February with a test to verify the opening and closing of gate 14 without water discharge, which was successful. 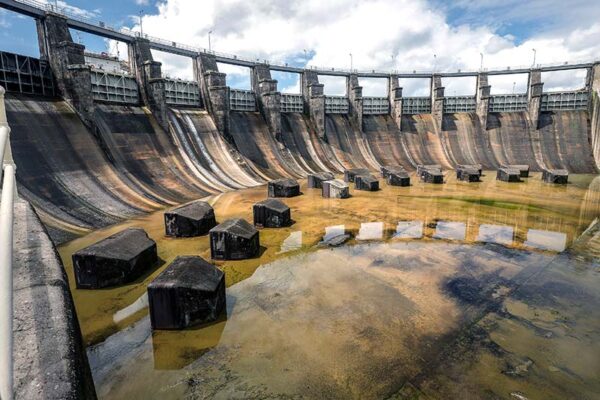 The hydrologist engineer Albano Aguilar, in charge of the works, explains that contrary to this test, the tests with hydraulic load are carried out during the flooding season (September to November), with the objective of verifying the operational availability of these structures and guaranteeing that preventive or emergency discharges during the rainy season are carried out without inconveniences.

Once the maintenance work at Gatun is completed, the Dams and Spillways Unit team will move to the Madden (Alhajuela) dam to perform a similar task. This constant maintenance has allowed these century-old structures to remain in force and efficient in the operation of the waterway.