When the ice was broken - El Faro | Canal de Panamá

This May, as every year, and within the framework of the International Decade for People of African Descent, we commemorate the event by interviewing Gloria Karamañites, the first Afro-Panamanian woman to represent Panama in an international beauty pageant.

Where does your Greek surname come from?

My origin is Hispanic and Greek. My Greek grandfather Karamañites came from Athens to Colon, he never returned to Greece. Since I was six years old, I lived in the city of Colon, in an inclusive environment. My maternal great-grandfather was a black man from Chocó, married to an indigenous woman from the Teribe Atlántico group. My grandmother, Linda Durán de Murillo, was born in Bocas Del Toro and we remember her as “Miss Lindá”. My grandfather – who comes from Jamaica – decides to take a job with the Bocas electric company, falls in love and marries my grandmother: that’s my Afro origin. It’s easy, I am Gloria Karamañites, born in Colon Island, but with a Colon heart.

How was your youth in the city of Colon?

I studied at Colegio Abel Bravo and during that time, I was a militant in the student movement Guaycucho N.I.R. When the government of President Demetrio Lakas proposed to reactivate the economy of Colon with brothels, there were very shocking events such as the burning of the governor’s office. Those years of youth were very intense for me and to calm the atmosphere at home, I enrolled in the beauty contest. I started then, another path to empower black people and particularly from Colon. I began to forge a destiny that has transformed my world, the world of Colón, and beyond.

What was it like to be selected for the national competition?

On the night of March 1980, the ice was broken. I was proclaimed Miss Panama, the first black woman to win the contest in Panama. The ruling became a controversial issue and the decision was debated on how a black woman would represent Panama in the most important beauty contest internationally. Then in Seoul, Korea, at the international pageant, 600 million people around the world saw me parade as one of the twelve most beautiful women in the world. Since then, I continue on a path of recognition, justice and development for Afro-descendants and particularly Afro-Panamanian women.

When did you leave the city of Colon?

After the 1989 invasion, I decided to migrate to New York City because I needed to support my daughters. In New York I started an international logistics service. I studied a master’s degree in Political Persuasion and Propaganda and another in Theology. I have worked on the political participation of black women, in the case of Judge ShawnDya L. Simpson, daughter of a Panamanian, the first black woman in a Brooklyn courtroom in New York City. I have also worked for the overseas vote and on the campaign of now Mayor Erick Leroy Adams. I currently teach theology classes.

What do you do to raise awareness and promote the Afro community?

I work with a network of 29 organizations whose actions are articulated around charitable projects. Today, I am organizing an NGO for the betterment of the colonenses. The mission will be to provide scholarships to outstanding Afro-Colonian students, with the only commitment that they commit to promote other Colonenses. I bet on education as the transforming engine of the human condition, and particularly of the youth.

How was your experience at the Tribecca Film Festival? 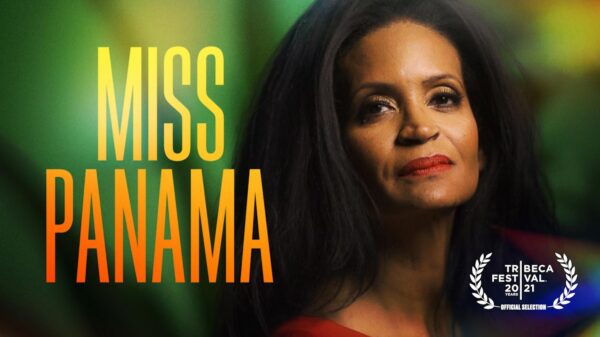 I did not know the festival and I was surprised when my daughter told me that our film was admitted to it. Among 3,000 documentaries submitted to the competition, we were among the top 5. Miss Panama is a short documentary, the story of my life experience navigating between racism and national identity and how from discrimination, we moved towards the visibility of the Afro-Latino community in New York City. It is the work of Lammar, my daughter, together with director Pascale Boucicaut, and has served to boost the Afro presence in cinema.

I have a commitment to the human person and what is important to me is the essence; I recognize this from my theological training. Souls, like the drum, become a transforming force. The society that makes divisions based on skin color is an absurd society. We are all members of the same creation and part of the universe. To all blacks here and there, I invite you to identify your purpose and highlight your talent to succeed in life. I join the objective of the National Secretariat for the Development of Afrodescendants, SENADAP, in promoting full inclusion for economic, political and social development, regardless of skin color.