In the roasting plant of the Association of Coffee Growers of the Cirí Grande and Trinidad rivers sub-basin of the Canal Watershed (ACACPA), work has been carried out during the last few months, meticulously but without pause. A group of men and women carried out a series of adjustments that transformed the facility so that its operation would be in line with the next big goal they have set as an association: to obtain the sanitary registration to industrialize their activity and make it more profitable.

And the fact is that going from having a few coffee bushes for subsistence to selling the product in the main stores of the country, and under their own brand, has not been an easy task. Elza Martínez, president of the group, can testify to this, who recalls that it all began in 2003, when they organized themselves at the community level. 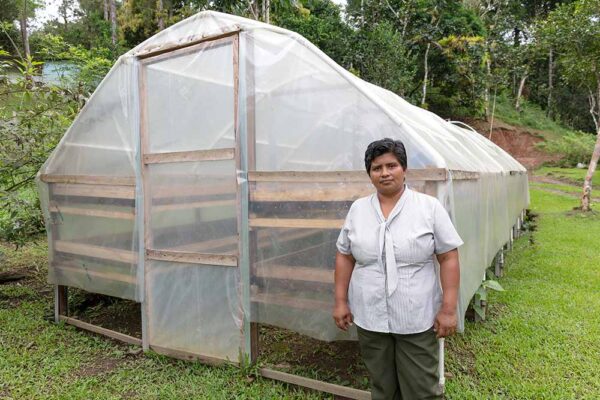 At that time, the Consultative Councils and Local Committees were formed, community-based organizations that identified the problems that most impacted them; but above all, plans were established to try to solve them in a joint and organized manner.

Low yield production and lack of opportunities to market the harvest were among the issues to be solved.

At that time, Elza recalls, they maintained plantations with traditional methods that were barely enough for subsistence. The little they sold was cherry or freshly harvested coffee, and they were paid $3.50 per can. To fill a quintal requires 12 cans, which means that for each quintal they were paid $0.42, a figure that was barely enough to cover expenses and a minimal part for subsistence.

– 75% of Capira’s coffee production comes from plantations promoted by PIEA.

The birth of a change

In 2009-2010, the Panama Canal initiated the pilot plan of the Environmental Economic Incentives Program (PIEA) for reforestation with coffee. “From that moment on, everything began to change and it hasn’t stopped,” says the community leader, as she walks through a large nursery installed in front of her house in the community of Teria Nacimiento (Capira).

She is convinced that the application of new planting techniques, management of the plantations, continuous training of the producers, as well as the permanent advice of specialists in the field, transformed the activity, and with it, increased the profitability.

Currently, this recently harvested coffee is paid double, that is to say, at $0.84 per quintal. 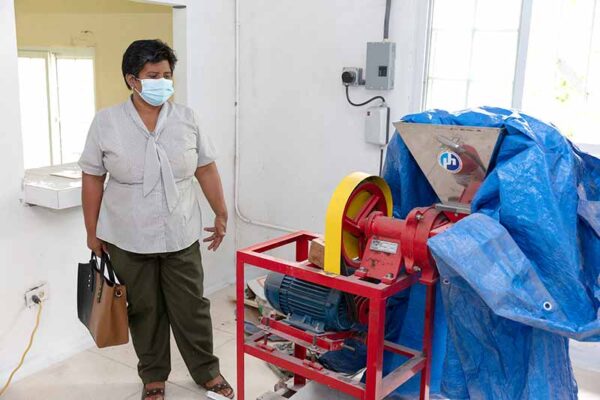 In the words of Martínez, the real profit is not in selling the freshly harvested product, but in carrying out the post-harvest process in an adequate manner; a statement with which Raúl Martínez, PIEA coordinator, agrees.

Martinez assures that once the fruit has been harvested, it goes through the stages of drying, roasting, roasting, grinding and packaging; in each one of them the price increases notably.

Coffee, according to the specialist, is the product with the highest sales and value that is commercialized in the area. It is not in vain that approximately 17,000 quintals will be harvested in this part of Capira during the period 2020-2021, coming from the sowing of some 2,000 hectares that are already in the production stage. Some are promoted by PIEA, others by the Ministry of Agricultural Development (MIDA) and others by Fundación Natura.

To be exact, by the end of this year, 75% of this harvest will come from plantations implemented through PIEA, through which some 4,000 hectares will have been planted with this product. Of these, a percentage is already bearing fruit, while others are newly established plantations or are in the growth stage.

The rewards of an effort

The increase in coffee consumption in the country coincided with coffee growers trained and grouped in an organization that offers a better quality production, and this translates into better sales prices. Martinez cited as an example, that currently, a quintal of coffee is paid at an average of $145, a variable figure that reaches up to $200.

He added that although this is an attractive amount, when the milling stage is reached is when the biggest differences appear, since from $145 can go to receive between $350 to $400 per quintal. This figure excited the members of ACACPA, when they saw the profit margins obtained in the coffee project El Tute (Veraguas), after a visit to learn about the experience of the farmers of this region, who work under similar conditions.

“These are numbers that translate into a better quality of life for families, one of the main objectives set out with the implementation of the PIEA, which identifies poverty as a factor that must be combated in order to achieve effective intervention in a sector, while improving environmental conditions,” said Martínez.

Thinking about the future

“Coffee has become a product of high commercial value, and this has motivated entire families to enter the activity; an encouraging fact for the sustainability strategy applied in the area, since the profitability guarantees the permanence of the plantations that are linked to the reforestation processes promoted by the Canal”, remarked the PIEA coordinator.

Work on the processing plant has been completed. Obtaining the sanitary registration will soon be a great achievement, but not the last one. Through the PIEA, a new phase is being worked on to promote the socioeconomic development of the region, in which the potential of the landscapes of the area and the coffee growing activity will be used to create agro-ecological circuits that will open new opportunities for the inhabitants of the area.

Work is underway to create the Coffee Route, but it will not be the only one. In the short term, efforts will be made to strengthen other activities such as sustainable family agriculture, an initiative that seeks to promote the production of those crops that farmers grow for food and subsistence, in order to increase and improve their harvests. In this way, the surplus can be marketed and the benefits for the household economy will be expanded.