According to the International Chamber of Shipping, seaborne trade has quadrupled in the last 40 years. Today, 80% of the world’s trade volume is transported by sea. While the maritime sector’s ability to transport large volumes of cargo through sophisticated logistics chains at affordable prices has been fundamental to its growth, its future lies in reducing its environmental footprint. That said, shipping’s role as the least environmentally damaging form of commercial transport does not protect it from the impacts of climate change. To protect its future and that of the communities it connects, the shipping industry must act today.

The latest report from the IPCC (The Intergovernmental Panel on Climate Change) revealed that human influence has warmed the Earth’s climate at an alarming rate, and global warming of 1.5°C and 2°C is expected to be exceeded during the 21st century unless there are deep reductions in carbon dioxide (CO2) and other greenhouse gas (GHG) emissions in the coming decades. Like many in the maritime sector, the Panama Canal has already seen the impacts of global warming on its operations. This was most evident in 2019, when we recorded our fifth driest year in 70 years. At the time, we knew we could not wait to respond to the conditions we faced and, two years later, we can see how making tough decisions and early investments proved essential to ensure our business and our customers weathered the storm. 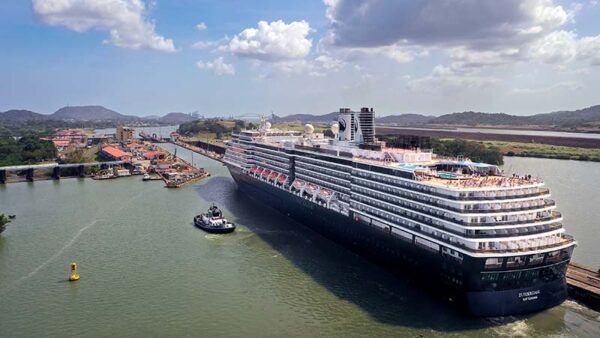 In early 2020, we had to take drastic measures to protect the Panama Canal’s water supply, as Gatun and Alhajuela Lakes, the main sources of drinking water for the population and the waterway, dropped well below expected levels. In February of that year, we introduced measures aimed at ensuring an operational level of water in the Panama Canal and, in turn, a level of reliability for customers whose itineraries depended on our route. Among the measures were the implementation of a freshwater charge linked to the availability of the resource at the time of vessel transits and modifications to our booking system to ensure the most efficient use of water in the midst of shortage conditions. As a result, global supply chains had to begin to take into account the value of the Canal’s limited resources and adapt accordingly.

We had never taken such a step before in the Canal. Many customers and industry partners were wary, although we asserted that the environment was changing rapidly, so we had to change too.

Despite these initial difficulties, the measures proved to be critical. Within three months, our water levels stabilized and we were assured of an operational level of draft until the end of the dry season. By the end of September 2020, we again offered a draft of 50 feet in the Neopanamax locks – the highest level allowed on the interoceanic waterway – and we continue to offer this level today, a significant improvement over the 43 feet offered two years ago. At the end of 2020, water began trading on the commodities futures market, underscoring the scarcity of the critical resource, and coinciding with the message and price previously set by the Panama Canal. Its price will now fluctuate like that of oil, wheat and other commodities, establishing a benchmark price for this resource. 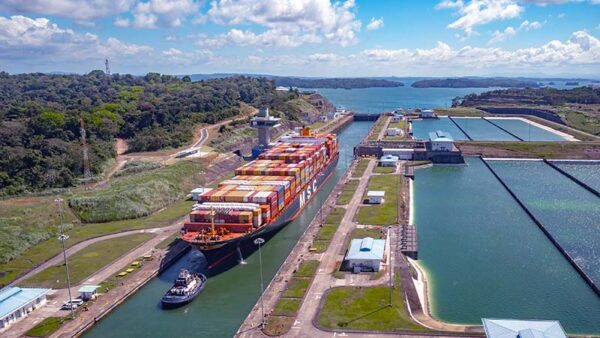 Return on investment for customers

Our customers have also seen a clear return on investment by adopting the new measures and the freshwater charge. By allowing a 50-foot draft, the measures have meant that shippers can now carry more cargo and receive higher profits.

For example, a container vessel can carry 300 containers for each additional foot of draft. In addition to the benefits to the container segment, the additional draft allowed the transit of more than 32,000 metric tons of additional cargo (66% crude oil, 29% coal and 5% corn) between February 15 and March 15, 2021, as opposed to the same period in 2020, when the maximum draft was four feet less. Meanwhile, higher water levels also meant that shipping lines paid a lower freshwater charge than in 2020, resulting in savings of up to 75%.

Ensuring a stable draft is especially important due to increasing changes in the trade. In recent years, ships have carried more cargo in an effort to maximize vessel utilization, consolidate cargo and decrease the frequency of transits. The Panama Canal anticipated this change, although it was accelerated by the impact of the COVID-19 pandemic on the world economy. 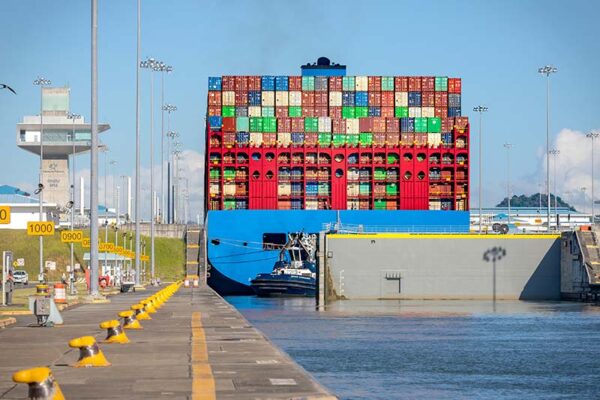 An ongoing mission to conserve water in the Canal

To meet these customer demands, we will continue to find ways to protect water in the Canal, building on our legacy of inventive engineering solutions when necessary. For example, the Panama Canal began cross-filling the Panamax locks, i.e., water is sent between the two lock lanes during transits to reduce discharge to the sea. Between January and June 2021, the Canal saved the amount of water equivalent to three daily lockages using this method: one at Gatun and two at Pedro Miguel. The Canal also saved an additional lockage per day by using a special operation that eliminates the use of external gates in each chamber.

The Panama Canal is also partnering with the Technological University of Panama (UTP) to form a world-class water research center focused on mitigating the effects of climate change on water availability and identifying solutions that leverage technologies such as artificial intelligence. Meanwhile, we are also conducting studies to inform our future water management system, which will be based on several projects, as there is no single solution for water management in the future. 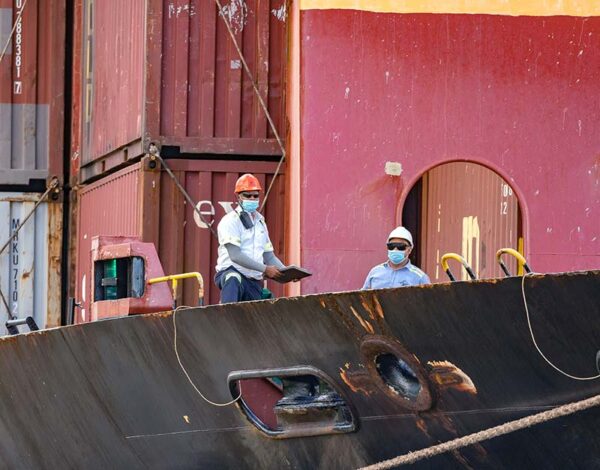 We recognize that the work does not end here, and neither can these measures. As the IPCC report highlighted, fostering a more resilient and adaptive society requires continued coordination and investment in physical and social infrastructure. Avoiding the devastating effects of a 2°C rise in global temperature will require an enormous effort on our part, by others in the industry and beyond.

That said, we can meet this challenge. At the Panama Canal, we are committed to doing everything we can to make it happen.