Reforestation, the promise of Canal expansion

Undertaking the Panama Canal expansion project and the construction of the third bridge over the Canal continue to prove to be a great decision. The nation perceives the economic benefits of having followed this path, but beyond that, the projects generated benefits that were directly perceived in various regions of the country.

The development of these works implied an environmental impact that had to be compensated. As established by law, the Panama Canal undertook to reforest twice the area impacted by the works. Thus, together with the Ministry of the Environment, the task of identifying sites nationwide where these plantations could be established, was undertaken.

The time had come to undertake reforestation projects for ecological compensation, and 1,308 hectares were reached with this initiative, in which a sum of more than 6.4 million dollars was invested.  This initiative was implemented in regions of the provinces of Chiriquí, Colón, Los Santos, Herrera, Coclé, Panamá, Panamá Oeste, the Emberá region and the Madugandí region. 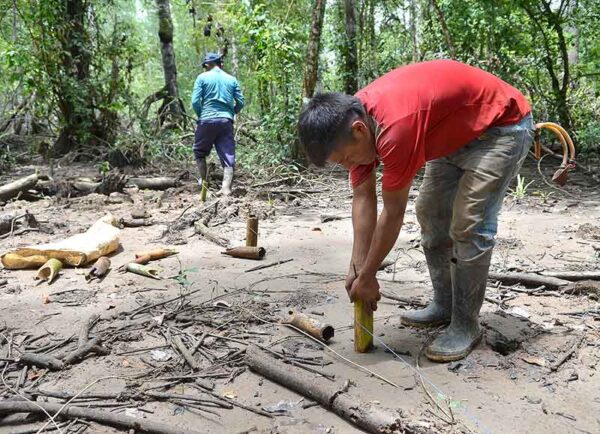 The human component, a priority

Beyond the monetary investment, it is a question of making a positive contribution to the quality of life of the people in these areas, who enthusiastically welcome the possibility of improving their production methods and making their farming activities more profitable, while helping with environmental conservation.  This is an opinion shared by Alejandro Figueroa and Abdiel Delgado, Panama Canal specialists, who were in charge of the development of these initiatives. 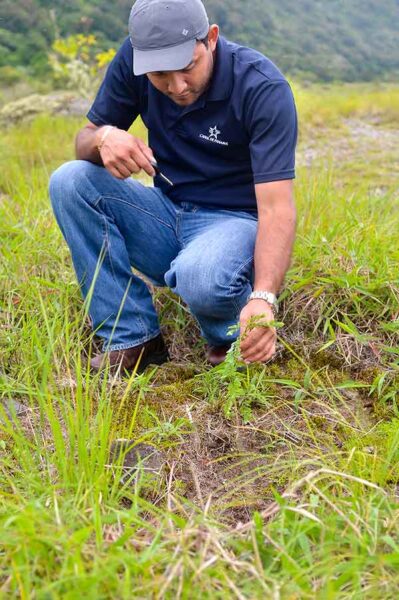 In total, 533 families accepted the invitation to participate and became direct beneficiaries, but they were not the only ones, as some 2,145 people obtained a source of temporary employment. The families worked in the establishment and maintenance of these plantations.

Rosalina Bacorizo, a resident of the Emberá Arimae Comarca, had no doubt that participating would bring her benefits, and in the end she was not wrong. Coffee and cocoa production provided her with the resources she needed for her children to continue their studies in Panama City and to improve the conditions of her home.

As she walks through her plantation, Eladia Conde, another of the participants, is proud of what she has achieved.  It is an example she wants to pass on to her descendants. “Everything I have learned and achieved here, with this project, will be part of what I leave as an inheritance to my children, she assured.”

Stories like those of Rosalina and Eladia are repeated throughout the provinces, where in addition to establishing plantations and promoting new agricultural practices, they sought to boost the local economy. Of the total investment, US$1.6 million was received directly in the regions where the work was carried out.

All the experience accumulated by the specialists in the reforestation projects carried out as part of the proper management of the Panama Canal Watershed (CHCP) was applied in the rest of the provinces where the areas to be reforested were identified. 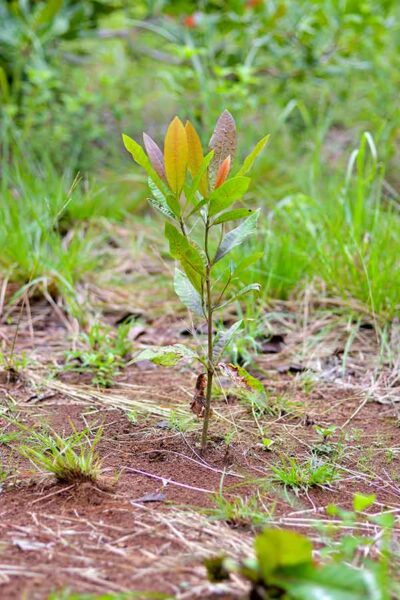 From the very beginning, training and technical support for the beneficiaries has been a priority, said Figueroa, explaining that the same parameters established in the CHCP were followed, in terms of ensuring that the beneficiaries are prepared to properly manage their plantations, but also that they have the knowledge to improve the harvesting and post-harvesting process. Overall, this translates into better profitability when it comes to marketing the product.

“An associated producer earns better for his product, obtains greater training opportunities, and can obtain financing from international organizations,” added the specialist, explaining that getting the participating farmers to form an association was one of the goals that were successfully achieved.

For his part, Delgado added that this is an accompaniment that extends over the five years of the project, in a period in which, in addition to establishing the plantations, their proper maintenance is ensured, the beneficiary’s training is continued and temporary jobs are generated.

“Combining environmental, economic and social aspects to carry out these projects has been part of the daily life of the specialists who have worked in the CHCP for years, and these are experiences that have generated positive results that have been used to apply them outside this area as well,” the specialist emphasized.

With the consent and collaboration of MiAMBIENTE, the areas in which reforestation could be developed for ecological compensation were established, and the location of each of them defined the method to be used, since in protected areas and other sectors plantations were carried out to restore the vegetation cover. Meanwhile, in specific areas defined by the Ministry, agroforestry projects were promoted to improve environmental management and provide benefits for the participating families.

Agroforestry projects are defined as dynamic management systems that combine trees and agricultural crops. In this case, woody species provide protective vegetative cover such as cocoa and coffee, associated with mixed-use fruit and timber trees, thus diversifying and sustaining production in order to increase the economic, social and environmental benefits of the users.

The projects have intervened in areas of great importance to the country, such as the El Cenegón Wildlife Refuge in Herrera, the Montuoso Forest Reserve where the La Villa River originates, the Forestry Research Center (CIFO), located on land belonging to the Universidad Autónoma de Chiriquí, and the Barú Volcano National Park, among others.

The Ministry of Environment is optimistic about the issue. Miguel Flores, National Director of Environmental Performance, explains that the follow-up carried out by the Panama Canal on these reforestations has facilitated that they are developed in the correct way, which guarantees the compensation for the damages generated by the construction of infrastructure.

He also highlights the inclusive aspect of these types of plans, which integrate elements to ensure the welfare of the communities where they are implemented. He points out benefits that start from the process of installing the nurseries with the generation of knowledge and that extend over time. These reforested areas protect the environment and help improve the quality of life of the local people, given the ecosystem services they provide.