Memory of interoceanic communication in the Amador Cemetery

The journey to the past begins in Huerta Sandoval, a neighborhood of nine buildings built with cooperative effort and investment of the former Institute of Housing and Urbanism of Panama, back in the 70s, of the last century. From there, we started the walk to the cemetery.

La Huerta Sandoval is in Panama City, in the sector known as El Chorrillo, there are the oldest cemeteries of the city, dating from the early nineteenth century, just before independence from Spain. Before these cemeteries, the bodies were buried in a property adjacent to the Cathedral Basilica, and their transfer to the current location was given to mitigate the conditions of insalubrity and lack of space.

Field Marshal Alejandro Hore ordered the construction of a new cemetery, called San Carlos, on the Camino del Chorrillo del Rey (the current B Street, between the current townships of El Chorrillo and Santa Ana). The investigations of archaeologist Carlos Fitzgerald, of the Patronato de Santa Ana, indicate that this occurred between 1818 and 1819, and from then on, the public cemeteries expanded throughout the 19th century, in a transformation of the landscape conformed by “huertas” or farms for agricultural production and grazing of mule trains.

Efraín Guerrero, a young resident of Huerta Sandoval, is the one who receives nationals and tourists for a tour of the cemeteries and calls it “The Necrotour”. He is a publicist graduated from the University of Panama and an entrepreneur who, together with other young people from El Chorrillo and Santa Ana, is developing a citizen initiative called Movimiento Identidad (Identity Movement). Guerrero explains that, “it became necessary to lift the stigma of El Chorrillo’s red zone, and replace it with the truth of a historical place for its republican protagonism. It is urgent to know and appropriate the true heritage of the outside walls of the city.

It is necessary that young people recover the memory of our territory”, he adds.

Borrowing notes from tourist routes in cemeteries in cities like Buenos Aires, Paris, Santiago de Chile, among others, the tour of the Amador cemetery attracts the curiosity of nationals and foreigners.

The tour is done on foot along six sections: the foreigners’ cemetery, the children’s cemetery (also called the Rosario cemetery), Herrera, Amador, the Hebrew section, and the Chinese cemetery, called Wah On.

The urban profile of the social housing of El Chorrillo is cut out against the silhouette of Ancon Hill. Like a white garland, the incised image of white mausoleums, angels, marble statues and mortuary symbols, guides the visitor through Panamanian history. Among the steps and internal paths of the cemetery, there are inscriptions on marble eaten by time. One reads the forgotten names of French engineers and doctors born in lost places of Europe who died in Panama from plagues that, when overcome, allowed the construction of the Panama Canal. Not only did they die in it, they also died for it.

In the memorial of the sappers of the Canal (in the section of foreigners) it is possible to read the names of engineers graduated from the Polytechnic of France who died in Panama.

The visitor is surprised by the tombstones of Justo Arosemena, José A. Remón Cantera, Carlos A. Mendoza and Belisario Porras. The sculpture on the tomb of the poetess Amelia Denis de Icaza is one of the most beautiful in the cemetery. She permanently looks towards the Ancon Hill. One stumbles upon the final resting place of Teofilo Panama Al Brown and Rommel Fernandez. One can admire the artistic place of Rogelio Sinan. There are also the heroic firemen of the Polvorin, the soldiers of the Coto War and the Paulist sisters of the Hospital du Notre Dame de Ancon, all -to mention a few- are part of the social memory and the record of Panama’s interoceanic history. 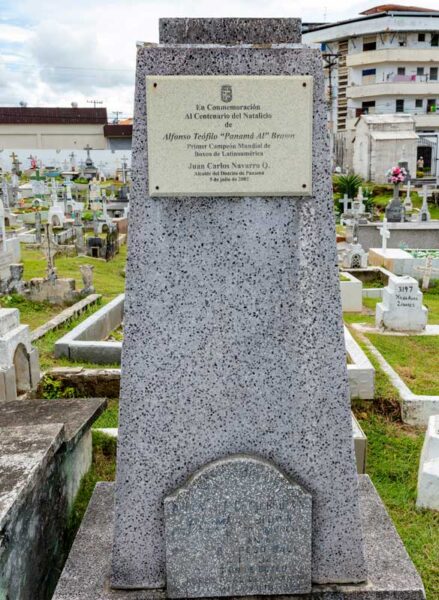 Within this great epic story, stories that soften the memory abound; one smiles at the grave of Maria Carter Pantalones until one reaches the darkened stone of Abel Bravo, and one sustains affection until one reaches Fermin Naudeau. Every step of this journey into the past is, surprisingly, energy for the future. 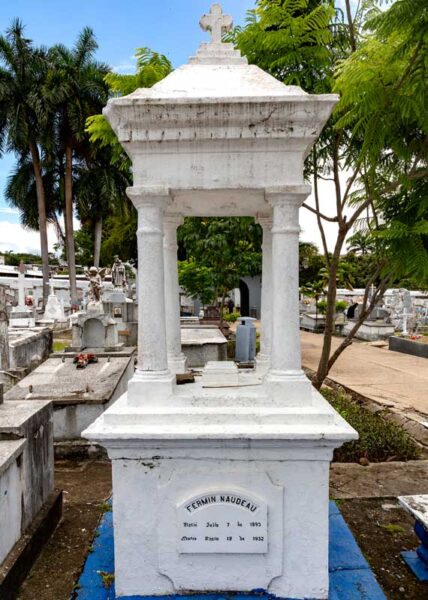