The last day of January was like any other at the Panama Canal. However, by the end of the day, the Neopanamax Locks had reached a new record: four Liquefied Natural Gas (LNG) vessels transited in the same day.

Only on three occasions has the transit of this type of vessel been achieved in one day. This is not something that happens very often.

“Basically to achieve four – LNG vessel transits – in one day, the planets have to align,” Abraham Saied, manager of Maritime Traffic and Admeasurement of the Panama Canal.

LNG is a new market for the Canal, which began in 2016 with the opening of the new locks. With the Expanded Canal, LNG vessel transits and tonnage increased, pushed by growing demand.

“In a matter of about a month after the opening of the new locks, we received the first LNG vessel transit. By then, we had already established a series of operating rules for this type of vessel, with the objective of guaranteeing safety in its transit, the Canal’s infrastructure and the rest of the vessels passing through the lane,” Saied said.

That first vessel was the Maran Gas Apollonia, which completed its transit on July 25, 2016. With that transit, a demand that did not exist prior to the opening of the Expanded Canal began. In addition, the number of total transits climbed year after year.

To cope with this growing demand, the Panama Canal adapted its services to offer greater flexibility to ships transiting through the new locks. Thus, with increased demand, records such as LNG began to be broken. 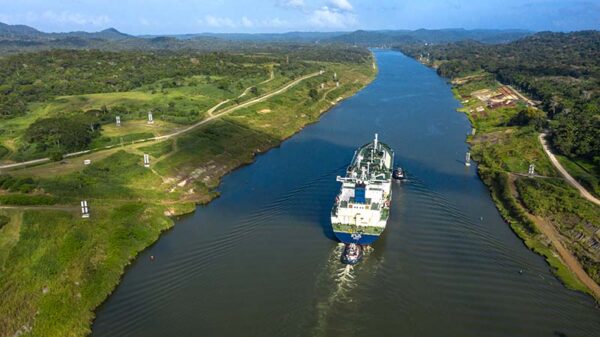 “From the beginning when the Expanded Canal began operations, we adapted the rules of the booking system to meet the growing demand for LNG,” Saied explained.

“For example, when we started, we only allowed the daily transit of one LNG vessel and after a couple of years, we increased the capacity to two transits; some restrictions on these vessels were lifted, which allowed us to take them to two transits, either two in the northbound direction, or one in the northbound and one in the southbound direction. But today, we have already made four transits in one day,” he explained.

A demand that responds to the weather

The transit of LNG carriers increased to such an extent that January reflected record figures. 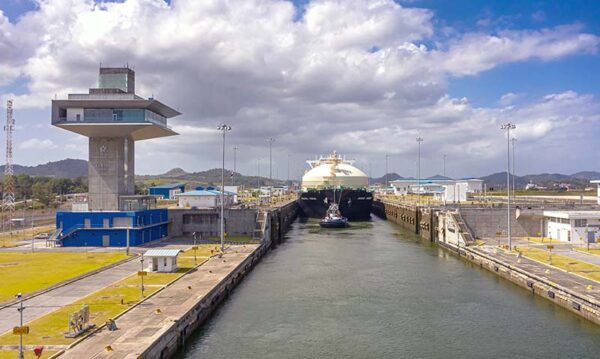 What generated such demand? The explanation lies in the weather, as Andrés Orozco, Business Intelligence Advisor of the Panama Canal’s Vice-Presidency of Strategic Planning, points out.

According to Orozco, the months of April to September 2020 were difficult for the natural gas market, since during that period the low demand caused the import price in Asia and Europe to be around $2/Mmbtu (energy unit with which gas is traded).

“As a result of such a low price, producers and export plants reduced gas supply, especially in U.S. terminals,” Andrés Orozco, Business Intelligence Advisor of the Panama Canal’s Vice-Presidency of Strategic Planning.

Thus, the price of gas for export from the United States also reached $2.00 dollars, “which tells us that it was not enough to cover transportation costs,” Orozco said. This generated that during the third and part of the fourth quarter “transits through the Canal decreased to minimum figures, since the United States preferred to send the cargoes to closer markets such as Europe or to reduce the supply”, Orozco pointed out. 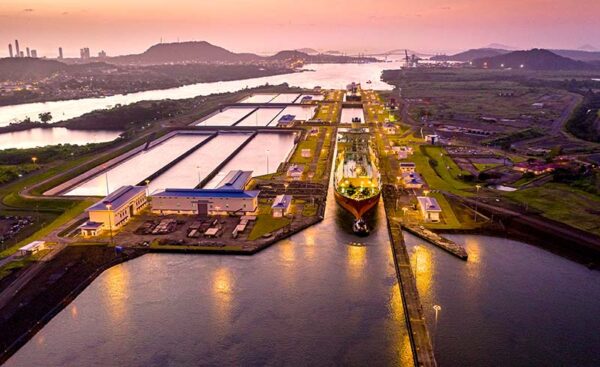 According to the analyst, “the weather came and surprised us again, and I say this because precisely in the winter of last year, conditions were the complete opposite. Europe recorded its warmest winter in history and Asia followed a similar pattern. But the winter of 2020/21 started with extremely cold winter weather, especially in Asia”.

This caused the markets to try to adjust quickly, triggering demand for gas, increasing the price of gas on the spot market in Northeast Asia to $33.65/MMBtu, “a figure never seen before, and this is where the Panama Canal comes in,” Orozco emphasizes.