Richard Tarr and his wife, Andrea, turn the pages in wonder. Their eyes denote surprise and their knowing smiles convey their disbelief and happiness: to be back in the place where they spent the best years of their lives.

They read the yearbooks of their respective generations of Balboa High School graduates. He flips through 1969, while she looks at 1971. “Here’s me,” Andrea says and quickly points to her photograph taken 51 years ago. “Hasn’t changed a bit,” Richard adds with a laugh.

They are joined by Richard’s older brother, Robert Tarr, who flips through the yearbook of his generation, the 1965 generation. “We arrived today on a cruise ship, went to see our old house in el Cangrejo, and then decided to visit our old school,” he says.

Visits like this happen at least once a month at the Presidente Roberto F. Chiari library.

For 55 years, that was the main building of the school that saw thousands of students from the former Canal Zone, as well as Panamanians, pass through its stairways, hallways, classrooms and library. Many of those students settled in the United States after graduation. Others stayed and worked in the Zone and then also migrated north, especially during the period of the Canal’s transition to Panamanian hands.

Since 1906, the Canal Zone government had created and administered a network of schools that initially divided students from “silver roll” and “gold roll” families. By 1955, these segregation practices began to be abolished, and by 1969, the student population had reached an all-time high of 14,539.

The schools were scattered throughout the Zone’s towns and were exact replicas of schools that could be found in any city in the United States. From the beginning of the construction of the Canal, the U.S. government was aware that it had to provide schools that would enable the children of an employee or military person arriving in the Zone to resume the studies they had received in the United States and to resume their schooling with as little difficulty as possible when they returned.

The yearbooks, bound in percaline for better preservation, are small time capsules. They distill in their writings and photographs the prevailing American culture of the time. Cheerleading and soccer clubs, prom pictures with their respective king and queen chosen by the students, language clubs, gardening, math, singing, student associations, are an example of the importance given in these schools to extracurricular activities. Most of the jokes and “catchphrases” (witty phrases) in the captions of the yearbooks come from American series or movies, and mention celebrities of the time. However, the influence of the isthmus culture can be perceived when seeing a girl wearing a pollera or a photo taken on Balboa Avenue. It is interesting to note the passing of the years, seeing the changes in hairstyles, dress and even how since the 50’s, there has been an increase in ethnic diversity and the presence of more students with Hispanic surnames. 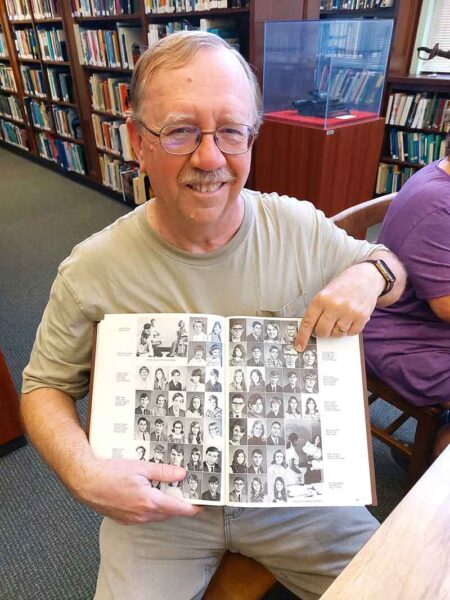 Robert tells us that he used to study on the second floor of the library’s reading room in times when the school lacked air conditioning. “When I put my head down to write, I had to be careful that the sweat didn’t stain the notebooks,” he recalls. Richard mentions that once he graduated, he left for the United States, but returned a couple of years later because, “I couldn’t forget her,” he says pointing to Andrea. The three of them left the Zone for the United States and now live in Florida. They are amazed to see that the building retains the beauty of their student days. Many of the alumni who visit the library are looking for a return to the times of a youth full of life. And the images in the yearbooks give a tangible glimpse of this. 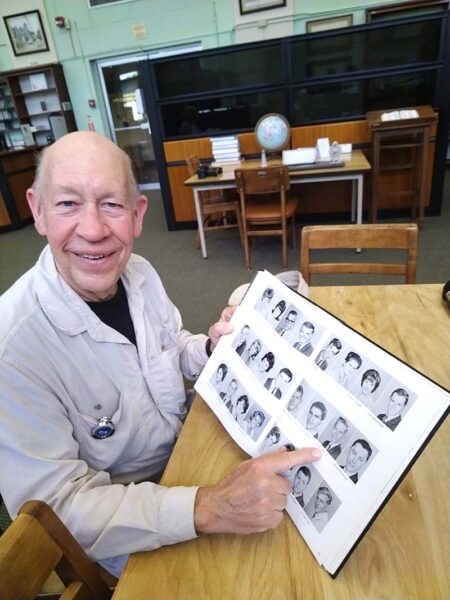 Would you like to see an example of these yearbooks? In the following link you can access the yearbook of a very significant year for all of us: the 1964 Balboa High School yearbook.