Independence, Panama and the Greater Caribbean: Fear and Society (1791-1821)

Little has been exposed about what was the social context in the years prior and subsequent to Panama’s independence from Spain. For the knowledge of our history linked to the bicentennial, we talked to doctor and researcher Patricia Pizzurno, who refers to the social context before and after that moment.

She explains the reason for the delay of the Isthmus in joining the independence movement. Free trade, smuggling, and the mercantile activities developed by the Creoles as of 1808, as well as the fear of repression by the troops, are some of the determining factors that she points out as important to understand the process.

The researcher brings into context the Haitian revolution as a regional element and how fear delays the breaking of ties with Spain. Let us not lose sight of the fact that this framework of social upheaval is part of Panama and a conditioning factor in the project to build an inter-oceanic communication route.

What was the situation like in Panama and the region in the years prior to Panama’s independence from Spain?

Independence was a movement of the Creole elite of the capital, of the heads of commerce who, astutely, bought the desertion of the royalist troops at the right moment to guarantee the least collateral damage, without forgetting that the paralysis of the flow of trade had a powerful influence on the decision making process. The official history of this period was constructed by Mariano Arosemena, years after the events. It is the white, Creole, elitist, “insider” narrative, which invents and monopolizes the “epic” and defines it as “the greatest act in the history of the social life of the country“, while minimizing the participation of more than half of the population, “those from below”, the slums, the people and the forgotten spaces of our history with a rich tradition of resistance.

On another occasion we should refer to the interesting movement of Los Santos on November 10, led by other elites.

Can you describe the social climate that was breathed in the Isthmus?

I cannot address the social without introducing the emotional dimension. If we take into account that, as Alfredo Castillero observes, in 1790, the population of Panama City was 7,700 inhabitants, of which only 862 (11.1%) were white, we will understand what I mean when I speak of the emotional.

Fear was the guiding emotion, the great architect of what happened in Panama, at least from the last decades of the XVIII century until 1821 and even after. Fear of the Creoles of a bloody uprising of the castes as happened in Haiti from 1791, when the “Grands Blancs” died at the hands of the blacks, fear of reprisals from the royalist army if they joined the patriots, as happened in Cartagena and Santa Fe. Fear of losing property and privileges, of a power vacuum, of disorder, of the pueblada entering territories reserved exclusively for whites. 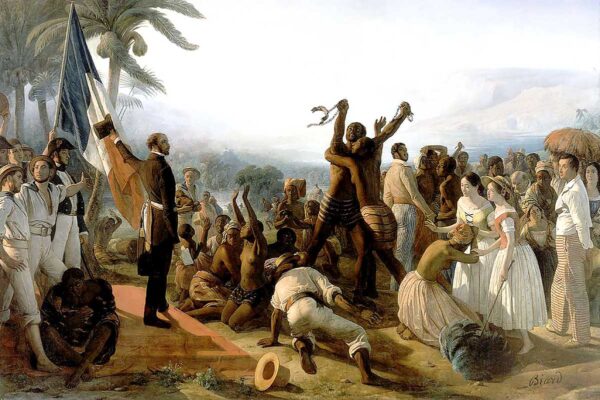 The scenario must have been terrifying for the elite and somehow hopeful for the Santa Ana castes. The frequent mentions that Mariano Arosemena makes when he writes that “the people”, “demand”, “impose”, “demand”, shows the existing tension. Undoubtedly, the criollos must have looked at the “arrabal” with greater distrust than ever. These were dangerous times. If we add to this the presence of the Spanish civil servants in conflict with the Cabildo and the army in its dual role of defender of the elite (against the arrabal) and threat (if they joined the patriots), we can imagine that the tension must have been brutal.

What is the relationship of the Panamanian elites with the Caribbean and the independence movements that took place there, and how did they influence the process of independence of the Isthmus?

The Haitian revolution was a determining factor in understanding what happened after 1791. Panama City was strongly linked to the Caribbean because of the intense trade with Jamaica, which was the great Caribbean-Pacific connector. My proposal is that Haiti marked a before and after in the fragile relations with the people of the “arrabal”, because from then on, the “insiders” understood that the danger was real and that the Spanish troops were the only ones capable of guaranteeing their safety against an uprising of the mulattos and blacks. The Haitian revolution set fire to the insular and coastal Caribbean, empowered the blacks, terrorized the whites and its shock wave reached far away territories, as Michael Zeuske points out.

My thesis is that in those troubled times, the devastating fear of the Creoles to die at the hands of the people ran parallel to the terror of being massacred by the Spanish troops if they made a false step.

Tell us about the role of black mestizos and mulattos in the consolidation of the independence movement.

Here there are more questions than answers, because the lack of documentary sources suffocates any attempt of investigation in this sense. What I can affirm is that we should not be under the illusion that the “arrabal”, a space of conflict par excellence, remained almost inactive during these years.

Nor should we make the mistake of thinking that it harbored a homogeneous and supportive society. It was not the same to be an officer of the Free Brown Militias, a member of the clergy (there were also mulattos), a wealthy merchant, a master craftsman, than a simple day laborer or a boga del Chagres. Santa Ana was a space of latent resistance, of tension, both internally and in the white city.

As more and more slaves acquired their freedom, their desire for social and economic advancement increased the points of conflict. From the middle of the 18th century, freedmen who achieved relative fortune began to demand more and more prerogatives, as well as access to spaces reserved exclusively for whites, for which they sometimes counted on the support of the Crown.

What was the strategy to include those from the “arrabal” in the independence movement?

I am not sure if we can speak of inclusion or forms of neutralization. Mariano Arosemena points out that in order to take the message of independence to the “arrabal”, they resorted to the master craftsmen of “more influence in the town“, whom he calls “citizens”, among whom he mentions Basilio Roa, Felipe Delgado, Abad Montaser, Juan Antonio Noriega, Manuel Luna, Fernando Guillén, Bruno Agüero, Juan Berroa, Manuel Aranzasugoitia, Salvador Berrío, José Manuel Rodríguez, Alejandro Méndez, Guillermo Brinis, Manuel Llorent, José Manuel Escratín, among others. They “gave enthusiastic speeches and nurtured the spirit of independence and freedom“.

I have many questions that I do not know how to answer, but I want to ask them so that we can explore these territories and look in new directions: What happened inside the arrabal during these years? Were the castes passive spectators of the machinations of the Creoles and the Spanish high officials? What did the people of the “arrabal” understand by independence, freedom, equality? Freedom for what and from whom: from the Spaniards, from the Creoles? Did the people see differences between one and the other, or for them were all whites? How did Mariano Arosemena and his followers understand freedom and equality in relation to the castes?

To better understand the moment, we must be clear that the Panamanian Creoles, who were free traders and shared some enlightened ideas, gained independence from Spain to obtain greater representation in the government, in decision making and more freedom of trade, but not to alter the wise social order imposed by Spain. That is why the decision to abolish slavery took thirty long years. The model was the United States, where slavery had resisted unscathed the proclamation that all men are born equal, with inalienable rights such as life, liberty and the pursuit of happiness.

The history of the people from below, with subaltern identities assigned from power, deserves a re-reading that will perhaps allow us to demonstrate that “this altered caste society”, as Alfredo Figueroa rightly calls it, was in permanent turmoil during the pre-independence period and was also an agent of change.

But for that, we need to rescue our documentation dispersed in foreign archives. I sincerely believe that this would be the best commemoration of the Bicentennial.