In the Soul of the Watershed - El Faro | Canal de Panamá

If water represents for the Panama Canal the blood that drives its movement, its watershed is the soul of this great engineering work.

With this in mind, and to highlight the importance of protecting the Canal’s water resources, the documentary film “The Soul of the Watershed” was recently launched as part of the celebration of International Water Day.

The documentary produced by the Albatross Media Foundation, at the request of the Panama Canal, describes the geographical and social particularities that characterize the six regions into which this area has been segmented, in order to facilitate the implementation of the different socio-environmental programs aimed at its proper management and the protection of the water resource.

This audiovisual material describes the attributes of the watershed and emphasizes the communities that make it up. These residents play an important role in the conservation of water, which is why we seek to contribute to their development, always in harmony with the environment they help to protect.

Our Watershed: People Water and Science

The documentary was premiered during the forum “Our Watershed: People, Water and Science“, which was held at the Panama Canal in celebration of World Water Day and World Meteorological Day, both dates of great importance for the organization.

During the forum, moderated by Oris Sanjur, deputy director of the Smithsonian Tropical Research Institute, prominent Canal professionals, together with a community leader from the Panama Canal Watershed (PCW), used the documentary as a reference to analyze the importance of socio-environmental management in the watershed, both in the present and in the future.

In addition, emphasis was placed on the projects of the Water Program, which seek to guarantee water for consumption by the population and Canal operations for the coming decades.

“There are more than 240,000 people who interact permanently in the PCW,” said Ignacio Ochoa, president of the Chilibre and Chilibrillo Advisory Council. Ochoa participated in the event on behalf of those who live in this territory where the water that supplies more than 50% of the Panamanian population and guarantees Canal operations, as well as other productive activities in the provinces of Panama, West Panama and Colon, falls in the form of rain. 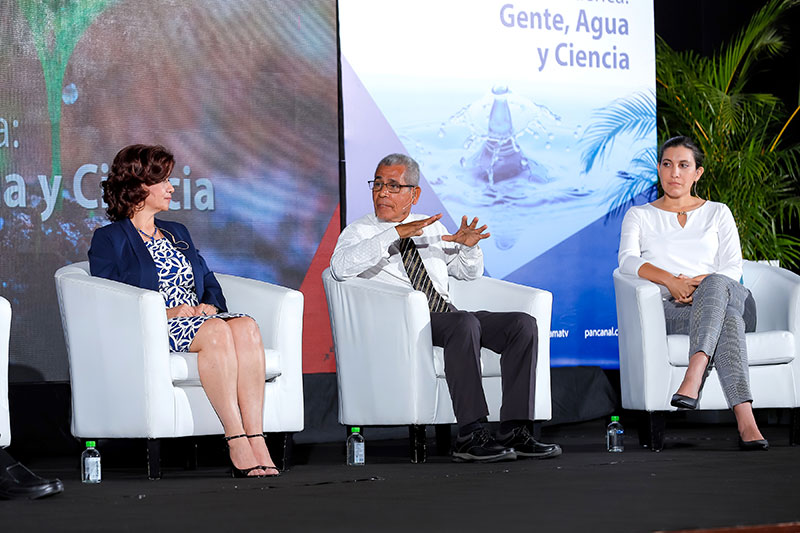 For Ochoa, although there is still a long way to go, the Canal’s vision of organizing and involving the communities within the Canal Watershed has borne fruit as a result of 20 years of work. In these two decades, participatory platforms have been implemented, from which the organized population can act on different fronts and facilitate joint action for environmental protection.

Environmental education is one of the priority issues; therefore, the organized community has an impact at the school level, in the Young Environmentalist Network and in the advisory councils. “The economic issue is also of utmost importance,” said the community leader, who believes that today there is more awareness among the locals about the importance of continuing production to promote the area’s development, but doing so in an environmentally responsible manner.

“The participation of the neighbors is key for the proper management of the watershed, since it is impossible to speak of sustainable development without including the people, whose role is decisive in these processes,” she said.

In addition, she emphasized that as part of the actions of the participatory platforms, other actors, such as institutions, local authorities, the productive sector, NGOs and others, are joining the cause, after they, as part of the process, are already aware of the role they have to play.

Water is the raw material that drives the Panama Canal machinery. For this reason, the Water Program is underway, an initiative that seeks to provide an optimized system for managing the resource, focused on guaranteeing the supply of the population and Canal operations for the next 50 years. 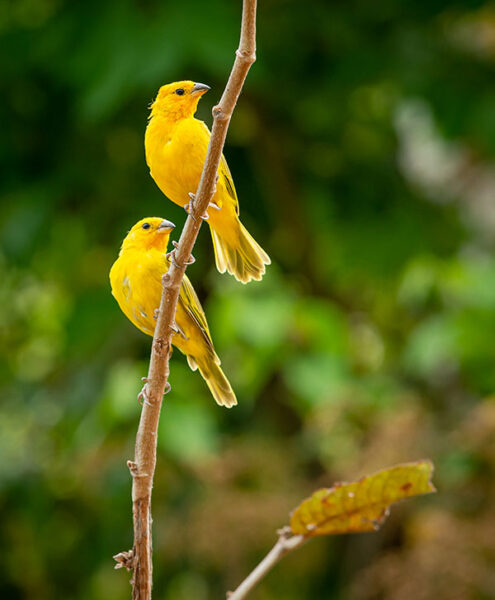 John Langman, vice-president of the Water Projects Office, explained that, after contracting the U.S. Army Corps of Engineers (USACE), they are working jointly in the analysis of all the information related to the studies previously developed, to later establish a series of projects with which they will seek to ensure the liquid to satisfy the demands during the next decades.

He emphasized that the socio-environmental component is essential, and will therefore, be present in all stages of the Program, through three axes: the social, which contemplates actions with other institutions to address problems such as water supply and solid waste treatment; the environmental, which seeks to maintain the forest cover through economic incentive programs; and the economic aspect, promoting sustainable activities within the territory.

For proper water management, science plays a fundamental role. This is clear to the Panama Canal, which has hydrological records for more than 70 years, in which it has tracked the behavior of the climate through its 58 hydrological stations.

“Science has allowed us, through these observations, to measure the amount of rain that falls in the territory, as well as the behavior and recurrence of extreme events, whether heavy rains or droughts,” said Gloria Arrocha, meteorologist of the Panama Canal.

She believes that science, through its advances, allows us to quantify this information to use it effectively in the management of water resources and when dealing with these extreme events.

The Panama Canal continues to promote activities to highlight the importance of water and its role in the development of the country, and how working together with the communities that make up the Watershed has been and will be key to face the challenges brought about by climate change, and to ensure the resource for future generations.