Anthropologist from Cocles. She is a graduate of the University of Panama and holds a PhD in Society and Culture from the University of Barcelona (Spain). She was deputy director of the National Directorate of Historical Heritage of the National Institute of Culture of Panama. Founder of the Association of Anthropology and History of Panama, and coordinator of the 2013, 2016 and 2019 national congresses. Currently, she is a professor at the Regional University Center of Coclé and associate researcher at the Center for Historical, Anthropological and Cultural Research (CIHAC-AIP-Panama).

What is your background?

My mother left Tonosí when she was ten years old because of the polio pandemic. She emigrated with her family to Penonomé because the vaccine was available there.

What is your first memory of the Panama Canal?

In 1988, the students of the José de Gracia Fernández School in Río Grande (Coclé) took us on a tour of the Reina Torres de Araúz Museum in Panama City. But before we got to the museum, I was very impressed by the view from the Las Americas Bridge. I was 10 years old.

What is your favorite place in Panama?

I have three. The Grande River, because it was the Sunday walk of my childhood and youth. The historic center of Penonome has a lot of charm; and the Penonome market, for its color and humanity. 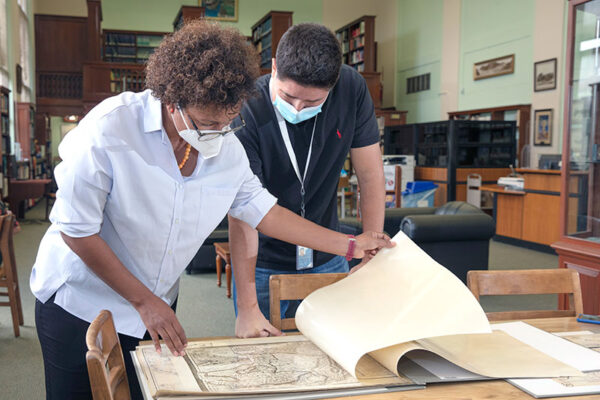 “The Poor People of Panama” by Gloria Rudolph and “When the Mountains End” by Stanley Heckadon.

What are you reading at the moment?

“Alexander Wetmore and the Birds of Panama”, by Stanley Heckadon and “The Warrior”, by Acracia Sarasqueta de Smyth.

What is your mission?

To be a good teacher for my students.

How does your work impact the Panama Canal?

From an anthropological perspective, the Canal identifies us with the concept of struggle and effort. On my side as a researcher, Nata was the granary city of Panama Viejo and Portobelo, in colonial times. Food was produced there for the subsistence of those two ends of the interoceanic route.

Which teacher left an imprint on you?

My professor of biological anthropology, César Villarreal; he was one of the students who carried the flag of January 9, 1964. At the University I had great teachers such as Francisco Herrera, Beatriz Rovira and Alina Torrero.

What do you consider the trait that most represents Panama?

The music of Panama is very special. It is the first country that sang Haitian, dancehall and calypso in Spanish.

The feast of San Juan in Aguadulce.

Nata is the city in Panama that has been inhabited for 1,500 continuous years. Although we celebrate the 500th anniversary of the founding of Los Caballeros, they settled their city over previous original settlements.

Rubén Blades for being a great storyteller; and painter Roberto Fajardo.

My mother, who raised her seven children, and my husband, Ricardo López, for his ability to adapt.

“Alevántate muchacha”, my mom used to sing it to me before going to school.