This has driven the implementation of operational efficiency regulations that seek to reduce the consumptions of vessels sailing the oceans. In addition, a number of technological innovations have been implemented such as “Just in Time”, “port call optimization”, “virtual reality” and the worldwide introduction of alternative fuels and/or energy sources. IMO’s initial emissions reduction strategy was approved on April 13, 2018. This strategy seeks to leverage short, medium and long-term measures in order to contribute to a 40% reduction in emissions intensity by 2030 and a 50% reduction in greenhouse gas emissions from shipping by 2050 (compared to 2008 levels respectively).

By 2023, the revision of the strategy aligned with the near-term measures that will be key to achieving the overall ambition set out in the 2015 Paris Agreement must be adopted. 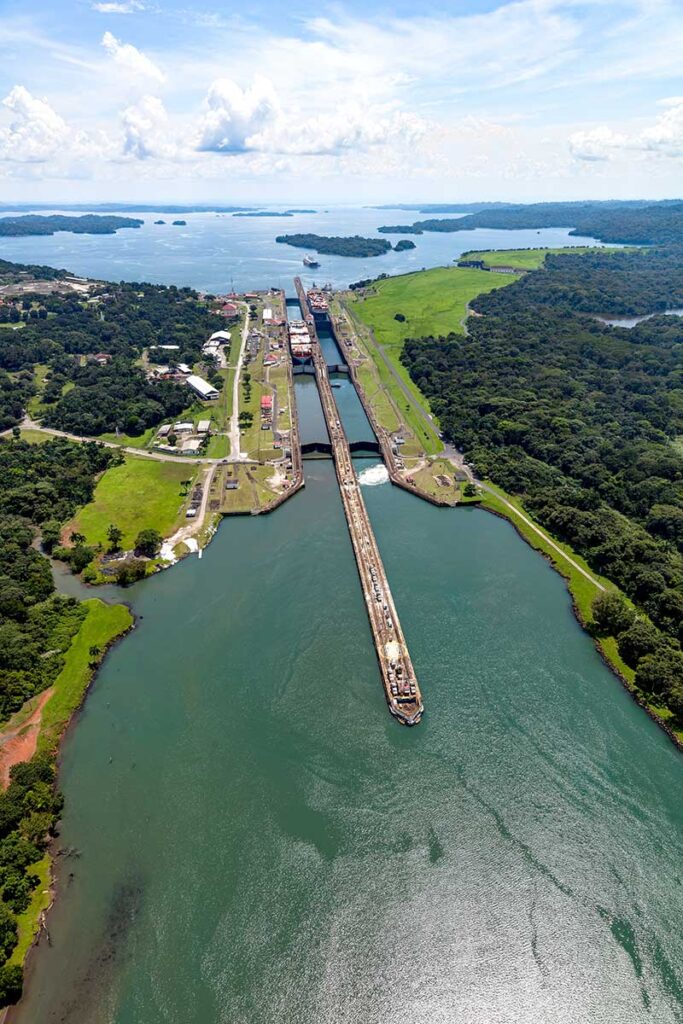 To encourage the transition to new technologies and support the development of clean fuels and solutions, 22 countries signed the Clydebank Declaration during the United Nations Climate Change Conference (COP26) to promote the creation of green maritime corridors. The main objective of the Clydebank Declaration (a non-binding declaration of intent) is to establish at least six green corridors between two or more ports by the middle of this century, and to increase this number over the coming years.

Participation is voluntary, and it is not mandatory for all vessels to be zero-emission in order to transit a green corridor.

In order to create these more sustainable corridors, signatory countries are expected to encourage the creation of partnerships between states, ports, companies and all operators along the value chain. This is the only way to accelerate decarbonization in the sector.

The ports of Los Angeles and Shanghai plan to create the world’s first green shipping corridor, in a partnership convened by C40 Cities that also involves cities, cargo owners and major shipping companies.

They will cooperate to achieve decarbonization of the movement of goods between the largest ports in the United States and China, one of the world’s busiest trade routes.

By the end of this 2022, the allies will present a green corridor implementation plan, with the following key objectives:

Last year, the interoceanic waterway announced its plans to become carbon neutral by 2030. To achieve this goal and maximize its value as a green corridor for global shipping, the Canal expects to make significant investments and changes to its operations in the coming years. With the purchase of electric vehicles and hybrid tugboats, it is anticipated that modernization of its equipment and infrastructure will require investment and research and development.

The Canal will also continue to work with international stakeholders to ensure that its contributions are aligned with global efforts towards the decarbonization of the industry.

In November 2021, the Panama Canal participated in the United Nations Climate Change Conference (COP26), reinforcing the importance of engaging the entire supply chain in the industry’s carbon neutrality goals.

The Canal also joined more than 160 maritime industry organizations in the Call to Action for the decarbonization of shipping, a pledge and commitment to take concrete action against global warming. 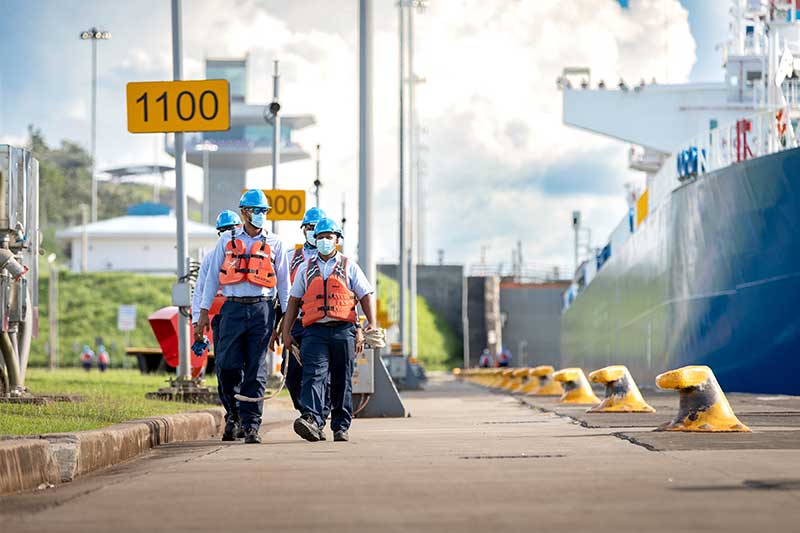 There are different shipping routes worldwide, and because of this, the preparation of a travel plan involves considerations of the available maritime routes between the ports of the voyage. In this sense, choosing the shortest route results in lower fuel consumption, reduced voyage time and reduced emissions.

In the future, the Canal will incorporate into its pricing structure the emissions of ships during transit through the interoceanic waterway, based on their technology and maneuverability, to further assist in the decarbonization of the maritime industry.

The Panama Canal contributed to the reduction of 16 million tons of carbon dioxide (CO2) equivalent emissions in 2021, compared to the most likely alternative route.

These savings, three million more than in 2020, are equivalent to the emissions of 3.2 million sedan vehicles driven for one year or the carbon absorbed by 248 million tree seedlings grown for ten years.