The testimonies of landslides during the period the Panama Canal was being built are dramatic and narrate many tragedies. Walls of dirt and rock fell on workers, and when the dust settled, loose bills were mixed with the dirt and blood, evidencing the deaths.

Old photos show the pragmatism with which France and the United States dug out Culebra Cut and the countless challenges that came with splitting a mountain range in two. Today, the surveillance of these artificial banks benefits from more than a hundred years of geotechnical engineering and from the constant surveillance of Canal experts from the Engineering Division.

“When digging, there is always the possibility of destabilizing the slopes. As Canal engineers, we make geotechnical and geological prototypes and apply the best possible practices to control that instability” – Manuel Barrelier, Panama Canal’s Geotechnical Managing Engineer.

On October 13, 1986, the last Culebra Cut slide happened, which stopped the Canal’s transit. A mass of land detached on Cucaracha Reach and blocked the waterway with 200 thousand cubic meters of material. The measures taken by the Panama Canal Commission to remediate the situation were quick and forceful, restoring navigation in only 12 hours. 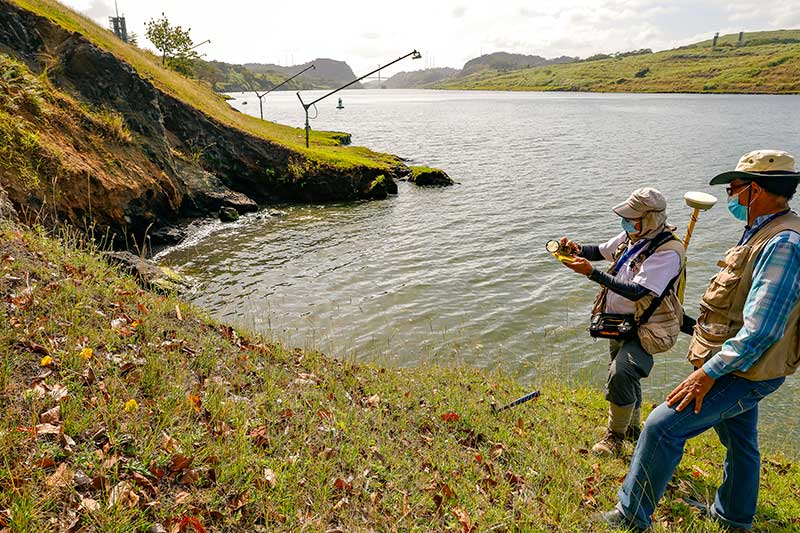 Canal construction excavations removed lateral support from raised banks in the deeper sections of Culebra Cut. Unable to bear weight, the slopes can slide and force the layers below to crush it and then move it sideways towards the navigational channel. In 1915, with the Canal just inaugurated, another landslide happened at Culebra Cut which forced the interruption of ship transits for months. When the 1986 landslide happened, Culebra Cut was 500 feet wide (152 meters). It has been expanded twice since then. Today, it is 715 feet wide (218 meters).

Barrelier says the pandemic “has been a challenge for every Canal worker and points out that, in the case of the Geotechnical Section, the major challenge has been to manage stabilization projects in Culebra Cut in-house, considering that many contracts were suspended because of quarantine due to COVID-19. “With or without the pandemic, our mission is to guarantee maintenance,” Barrelier pointed out. 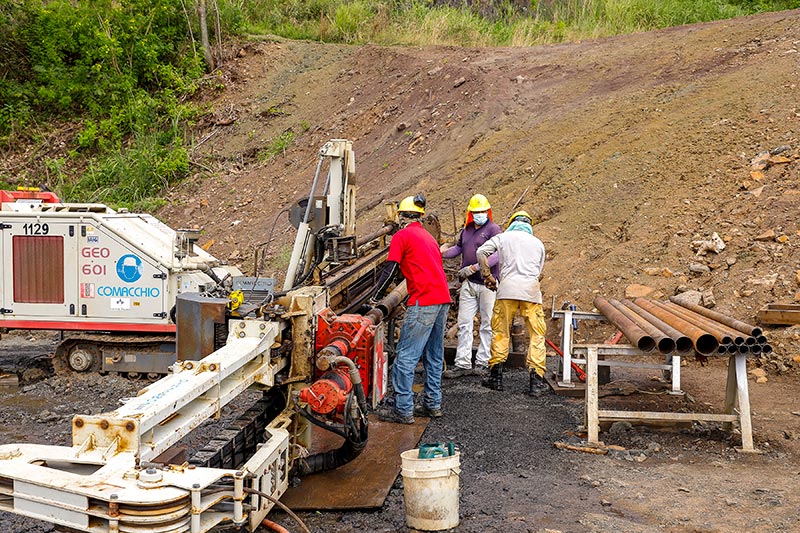 Some projects of the Geotechnical Section focus on other areas of the Canal such as dams, breakwaters, lock entrances and drainage maintenance.

The geology of the earth in this area is very complex. There are hard and heavy rocks laying over smoother ones that require teamwork from several sections of the Engineering Division to drill, do geological research and laboratory trials, and to determine the resistance of the materials, topography, instrumentation, among other tasks. With this data, a scientific analysis is elaborated, and prototypes are created to choose the alternative that offers an acceptable security level on a reasonable cost.

Engineer Yesenia Cerrud leads this project. “For the time being, we excavated 150 thousand cubic meters (approximately 530 thousand cubic feet) and we will also carry out demolition work to alleviate the weight of the hill and avoid possible landslides”, explained Cerrud.

This is phase one of four. The project will extend until 2023.

Cascadas Reach is located about six kilometers north of Cucaracha. The land there is different and poses another stabilization challenge.

In August 2019, cracks were reported in this area and an analysis was done to determinate the methodologies that would be used to remedy them.

“We have advanced 70 percent of the dry excavation of 121 thousand cubic meters. A challenging task that we have is to finish the excavation during the dry season so, as soon as it starts raining, we can do hydroseeding. Here we will also apply permanent and non-permanent mantles to control the erosion”. – José María Rodríguez, lead engineer on this project.

On the other side of the Canal, the west side, Civil Engineer Suzineia Barahona leads the stabilization and drainage of Hodges Hill on Culebra Reach. Barahona, who is also a port engineer, explains that “at this time, we are draining to drive the water towards the navigational channel in an efficient way because there are several springs in the area.”

“I was inspired to follow these courses of study because, since I was a little girl, I saw Culebra Cut and was fascinated by its shape and history”, tells Barahona.

Global climate circumstances cannot be overlooked. Barrelier contextualizes it by saying that “climate change has an impact on Culebra Cut because it brings more intense rains that saturate the soil and may cause landslides. Also, the raining patterns change: we have had very dry Octobers and rainy Januaries”. 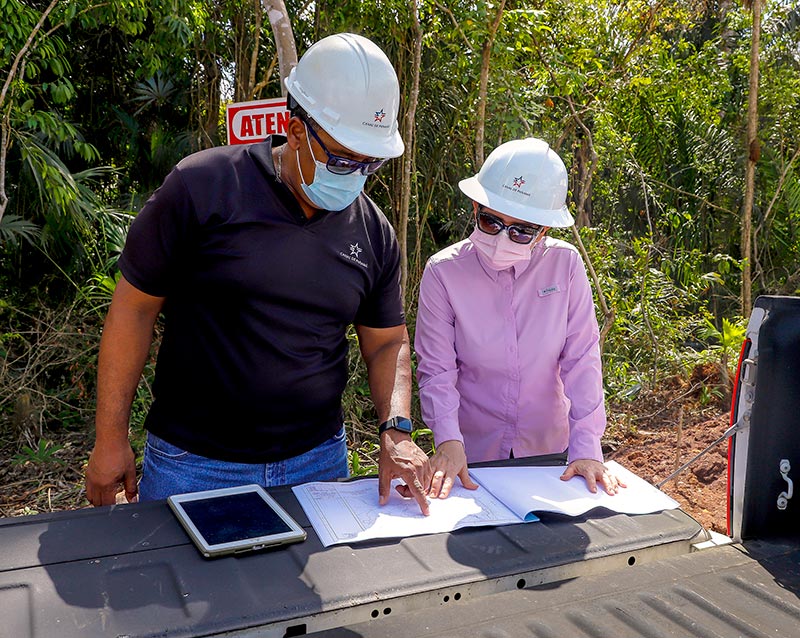 Since the Canal was inaugurated in 1914, its administrators knew very well the key to the operational success of a constant and scientific maintenance. In geological and geotechnical terms, each incident produces data and so the Canal accumulates science. “We have information since the times of the French and United States ¿, and data obtained by Panamanian experts. This helps us to make better decisions for adequate stabilizations”, says Battelier.