A group of neighbors from the community of Villa El Carmen, in the sub-watershed of the Chilibre and Chilibrillo rivers, organized themselves to create a community farm for the benefit of all.

On the top of a small mountain, in the middle part of the Chilibre River, a small ranch equipped with a fire pit and a hammock is erected.

There José Suira rests. All around him, neighbors and friends listen attentively, keeping their distance.

José is full of anecdotes, like the one in which he saved his life after being attacked by a swarm of bees, or when his brother’s parakeet escaped inside a bus. These are the stories and memories that keep the tradition of oral storytelling alive.

His smile, always affable, gives him a tranquility that only the breeze and the sun of the mountains offer to those who have worked in the fields since they were just a child.

In the surrounding fields, he grows cassava, yams, corn, coffee, papaya, plantain, banana,  pigeon peas, and anything else he can grow for food or to sell, especially in these difficult times.

“Here what you don’t sow is what you don’t use,” admits José as he lets out a friendly and contagious laugh. Then he elaborates a little more: “What happens is that we are from the interior, our parents worked on land and farms, and that’s what fed us. When we came to the city, we didn’t forget what we were doing and when we saw this free forest, we thought: let’s work it!

From legacy to organization

Originally from the province of Chiriquí, José’s family moved to the mountains of Colón when he was six years old. At the age of twelve, he began tilling the land with his family. The lesson learned is what, today, his 57 years, have allowed him to sow and harvest in these lands, now in community.

Today, José Suira, chairs the Villa El Carmen Family Farmers Committee, an initiative born in June 2020 with the aim of organizing neighbors to work for the common good.

“First, we worked alone, each one on his own, but now we organize ourselves,” explains Suira. “The whole terrain balloon we carry here is 69 hectares. We each took a small plot of land that we could work with. Right now we work with 89 families,” she adds. 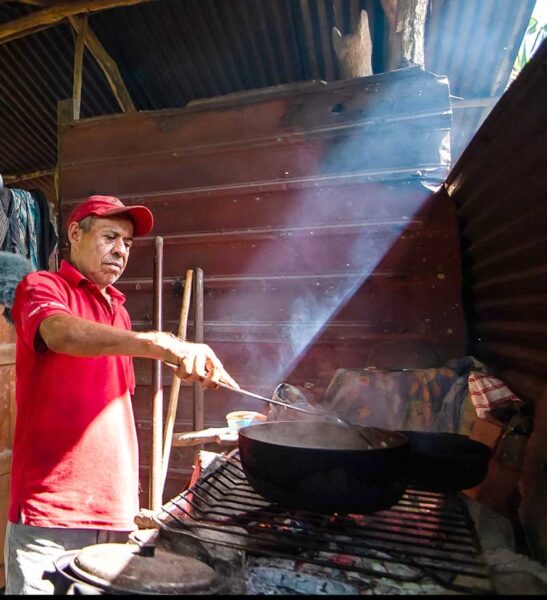 The idea of getting organized came about before the pandemic, as Valentín Flores, who is part of the Socio-environmental Management team of the Panama Canal Watershed Management Section, explains.

“This initiative was being addressed at the Consultative Council level before the pandemic, we saw the need to organize the neighbors on how to generate more resources and more products to provide them with the basic family basket,” explains Flores.

The project had advanced; however, due to the national emergency caused by the pandemic, the process was accelerated.

“We had meetings with institutions and various organizations that participate in the Consultative Council because it is an alliance where Mi Ambiente, MIDA [Ministry of Agricultural Development] and the community also collaborate,” he explains.

According to Flores, “the community has welcomed this project very well.

With the existence of this committee, the residents of Villa El Carmen may later be eligible for state benefits such as access to certified seeds for planting, and even loans for their future projects.

The work is carried out in harmony in this sector of the Chilibre and Chilibrillo river sub-watershed.

With the existence of this committee, the residents of Villa El Carmen can later opt for state benefits such as access to certified seeds for sowing, including loans for their future projects.

The work is carried out in harmony in this sector of the Chilibre and Chilibrillo river sub-watershed.

Integration is the key

The Panama Canal carries out various programs in the watershed, such as the Environmental Economic Incentives Program and the Vegetation Cover Monitoring Program, among others, which seek community participation with the support of state institutions to seek a common benefit.

In terms of participatory management, the Panama Canal organizes workshops and provides advice to the leaders of six advisory councils and 26 local committees. 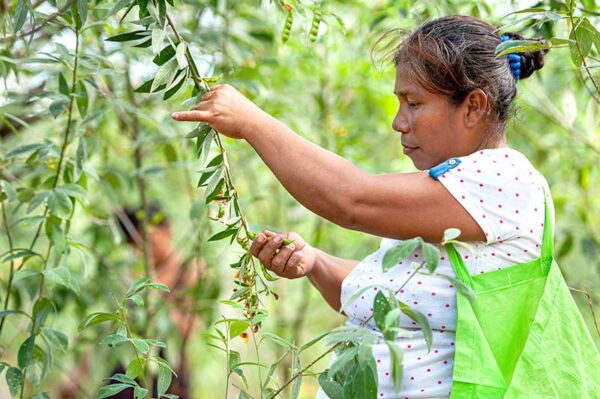 These committees are determined among the river sections (upper, middle and lower).

This has made it possible to group them into six regions: Chagres – Alhajuela, Colon Transisthmian Corridor; Chilibre and Chilibrillo; Paja, Pescado, Cañito and Baila Mono; Los Hules- Tinajones and Caño Quebrado; Cirí and Trinidad. The area where José Suira harvests is located in the sub-watershed of the Chilibre and Chilibrillo rivers.