When Sebastián Vásquez acquired a farm in the Nuevo Ocú area, in Salamanca de Colón, he did so with a clear objective: once he retires, it will be the ideal place to rest. At times, he thought about some activities, but he never imagined that with this acquisition he would become part of a mission as important as the protection of the Panama Canal Watershed.

He was thinking of retirement, but the impetus, convictions and creativity of Mr. Vasquez, together with an invitation from the Panama Canal, soon led him to rethink the initial idea of his rest. What began as an investment for an experimental rubber plantation, turned him into a member of one of the farms of the Environmental Economic Incentives Program (PIEA). 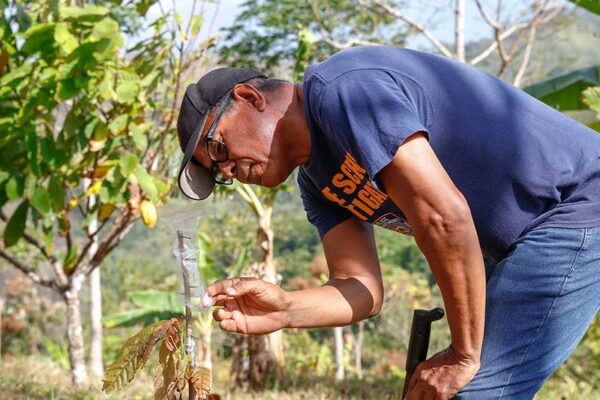 “Knowing that I am part of a program to improve the watershed is very important to me… I take it very seriously,” says Sebastian, who is one of the more than 1,900 participants in the PIEA since its inception in 2009, and for whom it is a privilege that has changed his life.

“The only satisfaction that surpasses being in this place is the visit of my grandchildren, with that I say it all,” adds Sebastian Vasquez as he walks among cocoa and coffee plants, fruit trees and a section of undisturbed forest where he assures that even his health has improved significantly since he decided to work the land.

Many kilometers from Salamanca, in the community of Santa Cruz, on the shores of Lake Alhajuela, we find not just another person, but an entire family, who share the same passion for producing the land, knowing that at the same time they are helping to protect the water resources of the Basin.

Heriberto Alvarez, his uncles, brothers, sons and nephews, decided to honor the will of their grandparents who inherited them a farm in this place, with the request that they keep it. It would not be an easy task; the property was already degraded by lack of use and by then, the so-called “paja canalera” or “paja blanca” dominated the scene. 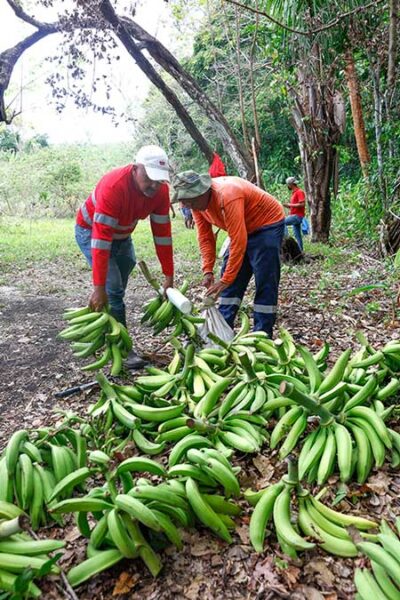 The conditions were adverse, but if anything characterizes this family, it is the union and joint work. They sought advice from the Ministry of Agricultural Development (MIDA) and were included in the PIEA. They immediately began the hard work to recover the usefulness of their precious property. 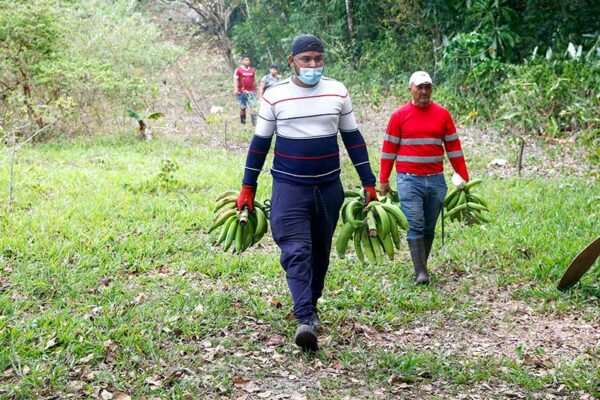 A year and a half has passed since then and today the situation is totally different. It has gone from being an unused farm invaded by white straw, to a land where activity is breathed and coffee plants, fruit trees, banana plantations and a joint initiative with some residents of the community to plant pigeon peas, keep this invasive species at bay.

“Every time it is needed, we agree to come and help out on the farm,” says Heriberto, before listing that, with the support of the Panama Canal, the family was able to plant more than 2,000 plantain seedlings and have begun the harvesting stage. In the last month and a half alone, they have obtained more than 400 heads of this product for sale.

In this place, the benefits multiply, since the Álvarez family has established alliances with local residents who plant pigeon peas to bring sustenance to their homes, while collaborating with the mission of keeping the property free of weeds. The coffee and fruit tree seedlings continue to be strengthened for the benefit of the watershed.

A program in numbers

These are just two stories that portray the importance of a program that began in 2009, and with the support of MIDA and the Ministry of the Environment (MiAMBIENTE), has had a positive impact on 1,953 farms in different parts of the watershed.

Raúl Martínez, PIEA coordinator, recalls that reaching this figure has not been easy. Before, it was necessary to fight against deep-rooted customs in terms of production methods, in which slash-and-burn was always present, and there was strong resistance from producers who looked askance at proposals to improve the activity. He recalls that in one season, before starting the program, they counted more than 500 burns in the Cirí and Trinidad area alone; there the environmental damage was more than notorious. Now the story is different. The Panama Canal maintains monitoring programs that show an encouraging statistic: in recent years this figure has not exceeded 70 incidents per year in the entire watershed.

He emphasized that this is a very important decrease and that it speaks of the work carried out together with the beneficiaries, who have gradually joined the proposals to continue with their productive activities, but accepting new methods that allow them to optimize them, while protecting the Basin’s water resources.

The PIEA contemplates the establishment of protective vegetation cover through reforestation models, protection of existing forest cover, appropriate land use, improvement of agricultural techniques, and improvement of beneficiaries’ income through support for post-harvest activities and the marketing of agricultural products. These are key elements for promoting sustainable development in the Basin.

Agroforestry systems with coffee and cocoa trees, fruit trees, silvopastoral systems in livestock farms (improved pastures, live fences) and enrichment of scrublands are part of the projects promoted as part of the PIEA, and through which 3.8 million seedlings have been planted in the Basin during the 2009-2021 period.

Martinez assures that by the end of this year, 8,972 hectares will have been planted during this same period. In addition, 3,150 hectares have been protected through the Payment for Environmental Services (PES) program, through which beneficiaries commit to protect and monitor the forests they own on their farms in exchange for an annual transfer in compensation for the ecological benefits they provide, which directly affect the protection and improvement of the environment and water resources. 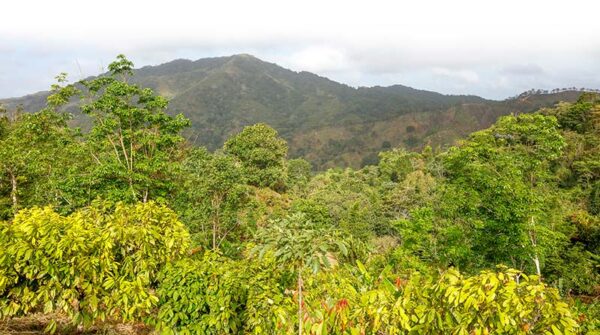 In listing PIEA’s achievements, Martínez highlights its continuity. There have been 12 uninterrupted years in which protective vegetation cover in the Basin has increased, and there are trained beneficiaries who are aware of the importance of carrying out their agricultural and livestock activities under an environmentally sustainable scheme.

“These and other achievements allow us to look to the future with optimism,” added Raúl Martínez, PIEA coordinator.

In addition to the efforts made so far, there will be initiatives aimed at promoting economic activities in these areas, recognizing agriculture as the main source of local commerce.

From now on, in addition to reforestation projects, work will focus on sustainable family agriculture, promoting improvements in the techniques applied by the locals in subsistence agriculture, so that they can be more efficient, guarantee their own food and generate surplus products that they can sell, which will surely also be supported by the Panama Canal.