October has arrived, the month that marks the beginning of the highest rainfall period of the year and, for the Panama Canal, a time of special attention to actions related to the water issue.

During 2021, rainfall has been above normal, that while beneficial for the business and for supplying the population, brings with it challenges related to the management of water stored in the Canal’s lake system, mainly to ensure the safety of neighboring communities located in areas prone to flooding.

At the Panama Canal Water Division, a group of specialists closely monitors and collects data from rainfall records and forecasts, as well as lake levels and other indicators from satellite services, radars and live cameras… in other words, technology at the service of man.

This is a task that, for this time of year, is carried out 24 hours a day, a clear sign that the flood control season has begun, which covers the months of October, November and December each year.

Erick Córdoba, manager in charge of the Water Division, explained that the most important thing is to guarantee the safety of the residents of the communities located upstream and downstream of Lake Alajuela, and also to avoid damage to the Canal’s facilities. 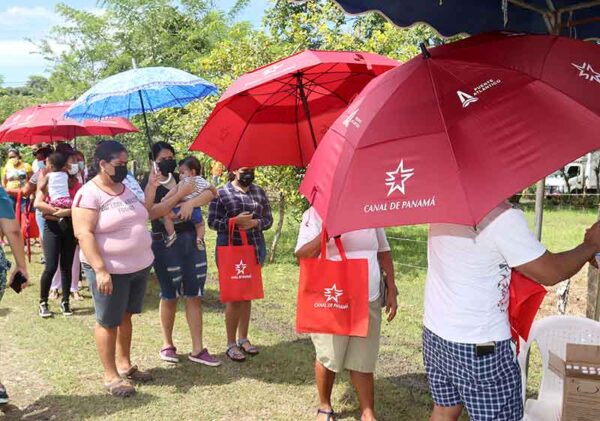 What do the protocols say?

For these dates, the Panama Canal has additional personnel, the Hydrology Assistants, who collect information 24 hours a day in rotating shifts. Armed with the facilities provided by technology, they are in charge of giving the first warning in case any of the parameters have exceeded the established limits.

Córdoba explained that this first call is received by the Hydrologist on duty, who has vast experience in these processes, and manages scenario simulation models, which are applied to make the best decisions in the event that the reported eventuality is of such magnitude, that it requires major actions.

The siren sounds in the communities of Santa Rosa and Guayabalito, in the township of Santa Rosa de Colón. These are communities that have experienced the force of natural phenomena and, therefore, their inhabitants have not hesitated to prepare for any eventuality.

How have they achieved this? Through a joint effort: the community, the Panama Canal and the National Civil Protection System (SINAPROC), who are working on a community plan to deal with floods. This simulation exercise is carried out every two years to adjust and fine-tune strategies. Also, so that the new settlers get to know it and take part in the practice. 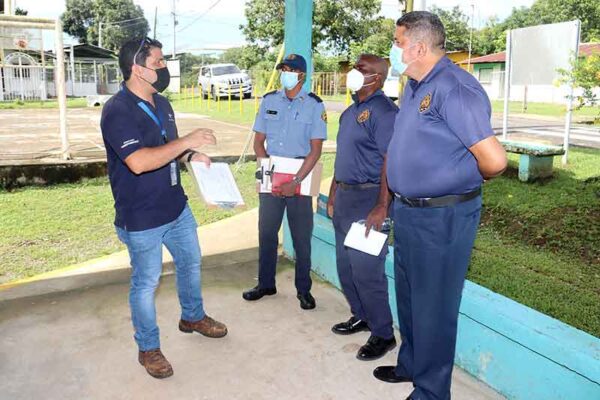 In mid-September, the plan was rehearsed again, with the support of the Santa Rosa Community Board, the Fire Department and the Red Cross, who contribute their experience to strengthen the initiative.

Noris Castillo de Rojas, a resident of Santa Rosa, still keeps alive the memories of the last time they faced nature, in 2010, in the middle of the storm La Purísima. The practice paid off.

She assures that now everyone in the town knows what to do when they hear the sirens, an affirmation that was evidenced during the drill. It took residents between four and eight minutes to get to the assembly point with their survival items and even their pets. The time recorded is considered good, considering that the siren is activated 15 minutes before opening the floodgates and that these waters take at least two hours to reach the village, in case an emergency spill is necessary.

“Working together has been key to achieving this level of organization,” emphasized Yazmín Delgado, director of SINAPROC’s Operations Center, for whom “a prepared community is a strong community who can deal more efficiently with emergency situations as a result of climatic events.” 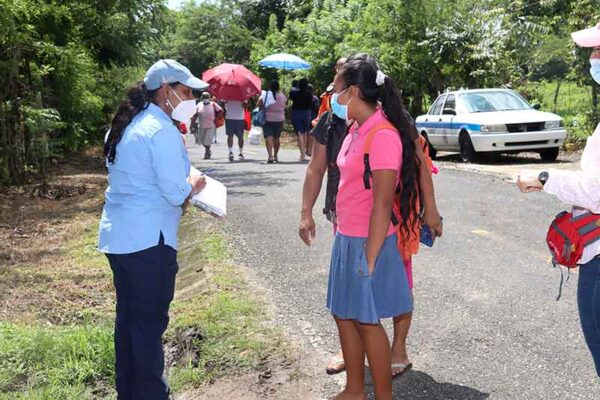 This position is shared by Karina Vergara, manager in charge of the Panama Canal’s Environmental Policy and Protection Division, who emphasized the importance of this type of exercise, which also allows “maintaining community preparedness, improving protocols and gathering new information about the people who live in the area or have any special condition that should be considered“.

It also addresses the concerns of some older adults who believe that the time has come to train young people in the community to take on leadership roles and continue fighting for the common good, with the support offered by the Panama Canal and the other institutions that contribute to this effort.