Ancon Hill is a prominent landmark in the urban geography of Panama City. Its name appears in the first references to the transfer of the city, from the ashes of the fire in Panama Viejo, to its new foundational site. Carmen Mena García in her work: Traslado y reconstrucción de nuestros oídos al menos hace cinco siglos. The city and its hill have half a millennium of reference. 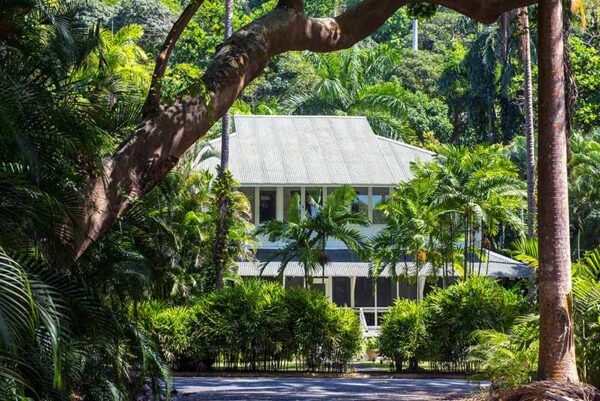 I took the road to the top, from the access in the Quarry Heights community. On Saturdays, you can park your car in the parking lots of the Canal Administration building. A few months ago, part of the parking lots were made available as a facility for visitors to the cultural and natural landscape of the hill. There I was surprised to find exponents of wooden architecture from the time of the construction of the Canal that were brought, piece by piece from the old town of Culebra – one of the camps that existed on the banks of the railroad – to the site of Quarry Heights. Among them, the one that belonged to George Goethals, chief engineer of the project and home of all the governors of the Canal Zone until 1999, stands out. After the transfer of the Canal, it has been the home of the three Panamanians who have been in charge of the administration of the Panama Canal. All these buildings are located on the slopes of the hill, since more than a hundred years ago when they were moved to their new site in 1912.

The ascent to the top of the hill is made by an asphalt road with limited use of cars. Comfortable shoes and a bottle of water make the hike safer and more pleasant. The hike to the top -which is not very steep- takes half an hour.

Postponing the hike did not come from simple procrastination, it was the manifestation of a trauma. The first thing I remember is the edge of the Canal Zone where the hill began. It came to my mind: They’re not going to let me go up there, that’s not Panama. It has been 22 years since that border disappeared and we are free to know the mother hill of the city. I am always surprised and hurt by the number of people who feel this same trauma and who wonder if they can climb to the top of the hill.

The great stone wall that I observe during the ascent makes me look for details of its composition. 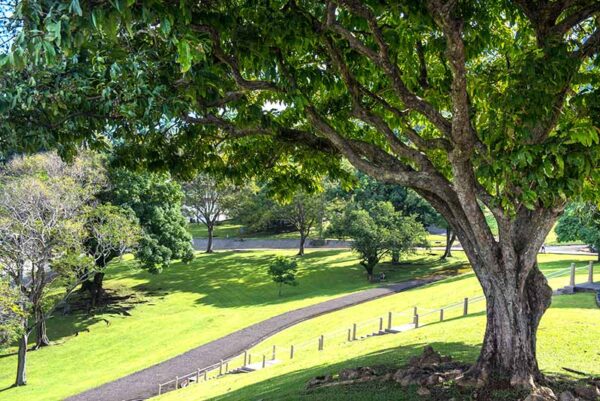 I did not know that basalt stone was extracted from Ancon Hill for the construction of the Miraflores and Pedro Miguel locks, and for the fill where the Canal Administration building is located. Hence the name Quarry Heights community (Altos de la Cantera in Spanish). I also did not know that the first hospital was built on the slopes of the hill in times of yellow fever and in the French period, during the construction of the Canal. It is a place full of wonderful stories.

Going up in the morning gave me the opportunity to observe the enormous variety of birds that inhabit this forest. Neighbors tell me that they always see white-tailed deer on the run, and among the treetops, cute sloths.

On my way, I was surprised by a group of marmosets jumping from branch to branch and among the treetops. They, and a flock of toucans that were eating guarumo seeds, broke the calm of the forest.

I was amazed with the view. The 360-degree view allowed me to appreciate the city in its evolution in various times. The modern city with its buildings of Punta Paitilla, Calidonia and Bella Vista. The coastal strip, the Casco Antiguo and the bell towers of its churches. Beyond, I see the entrance of the Canal through the Pacific, the bridge of Las Americas and the multicolored building of the Biomuseum. On the other side, the Balboa neighborhood, the railroad, the port, the Canal locks and beyond, the Centennial Bridge. The sensation is spectacular. These points help me understand the beauty and exceptionality of this little piece of my land. 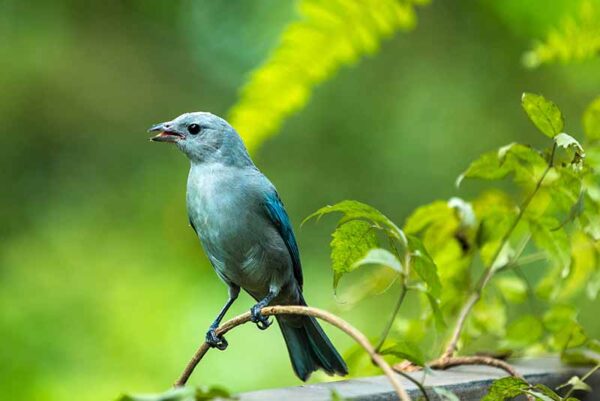 Behind me, the waving flag reminded me of the generational struggle for the recovery of sovereignty and the Canal. The flag marks the validity of the Canal Treaties (1979) and represents the belonging of a land that today contributes 2,000 million balboas in direct income to the country. The view makes me understand that this green giant separated into two faces the look that should always have been one. The hill looks on one side towards the city of Panama and its bay, on the other, the neighborhood of Balboa, the former Canal Zone.

After enjoying the panoramic view and the sea breeze, I retrace my steps. It is easier now, as we are going downhill. On the way down, new impressions are added to my feelings towards this place, making them stronger.

My tour today ends at the steps of the Panama Canal building, observing the monumentality of the El Prado promenade, a design product of the plan in perpetuity that the Americans had for this territory.

On those same steps, I look back to the top and remember the poems of Gaspar Octavio Hernandez and his Canto a la Bandera, the nostalgia of Amelia Denis de Icaza to Ancon Hill. Poetry envelops the hill in a deep and collective feeling, which repeats in my head incessantly, “you are already mine, idolized Ancon“.