For more than a century, the Panama Canal has been an inherent part of our country’s history.

Its construction, which began in 1904, went hand in hand with the birth of our republican life. Later, those circumstances and particularities that allowed its construction and administration by the Americans, generated a growing discontent among Panamanians that would reach its peak in 1964.

That year, when its 50th anniversary was being commemorated, the Canal was in the midst of the struggle of Panamanians who longed for the country’s sovereignty. 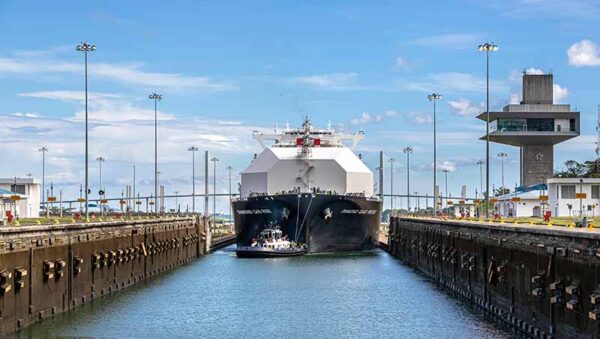 In 1977, after 63 years of operations, the treaties were signed that would grant Panama the administration of the interoceanic waterway as of December 31, 1999, just when the Canal would be 85 years old.

2006 was a very significant year for Panamanians. On October 22, a referendum was held to expand the waterway and allow the transit of larger ships with greater capacities. This dream became a reality with the transit of the first Neopanamax-size vessel on June 26, 2016.

The impact of our Canal in 107 years also changed the patterns of world maritime trade. With time and the incursion of technological advances, the interoceanic waterway went from being a mostly military route to an important route for the transport of goods between countries.

Here is just one example:

“Currently, about 90 % of world trade is transported through the international maritime industry,” according to Koji Sekimizu, the former secretary general of the International Maritime Organization (IMO). And that’s no small feat.

Today, the Canal connects 180 shipping routes to 1,920 ports in 170 countries around the world.

According to the Administrator of the interoceanic waterway, “historically, we had a slightly larger market share, but without a doubt, the growth of Asian countries has developed a lot of maritime traffic, which does not even pass through a canal“.

He explained that “Eurasia has become an economic universe, relatively large and autonomous; therefore, this represents a greater growth of that region in the future compared to global growth“.

Still, the Panama Canal routes remain robust, mainly trade from Asia to the East Coast of the United States. 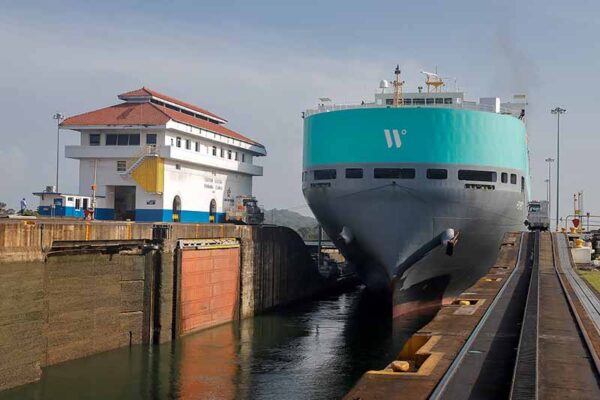 “And now a lot of trade is also being added from the United States to Asia, particularly in what has to do with energy-related products, the entire oil base, gases, liquefied natural gas (LNG), petroleum gases, which transit through Panama to reach destinations in Asia and the east coast of South America,” he added.

It is worth noting that after the expansion in 2016, new markets were opened with the transits of Neopanamax vessels through the all-water route.

“What has been added, which is important because before there was none, are certain products that originate in the United States, such as energy-related products. Now, LNG ships and other gases transit through the expanded Canal, as well as energy-related products that are delivered to petrochemical plants in Asia”, the Canal Administrator pointed out.

The United States continues to be the origin or destination of most of the cargo moving through the Panama Canal. “So, from that point of view, we are a conduit between what comes from Asia to the East Coast of the United States,” indicates the Canal Administrator.

Thanks to its connectivity, Panama has positioned itself as a logistics, transportation and service center, offering greater opportunities for development.

But even with its advantages, the Canal has competition and potential new competitors, as well as challenges to overcome, such as water supply and conservation.

We are not a monopoly

Mexico wants its canal. The ambitious project of the Tehuantepec isthmus rail corridor includes the rehabilitation of more than 200 kilometers of railroad tracks between the Pacific and Atlantic coasts, as well as the modernization of ports and industrial parks along the cargo line.

The idea is that this route will connect trade between Asia (Pacific Ocean), the United States (East Coast) and Europe (Gulf of Mexico and Atlantic Ocean). For this reason, the governor of Oaxaca, Alejandro Murat, called it “the Mexican Panama Canal”.

“People are trying to find alternatives to the Canal,” admits the Administrator. “We are going to have competition, we are not a monopoly”.

But why should this potential competitor be taken seriously? “With the new agreement between Canada, the United States and Mexico, and the fact that COVID-19 has set an alarm on supply chains that are considered long, call it from Asia to the final market of the United States, it is very possible that this concept of globalization will pass to a system of shorter supply chains”, explained Dr. Vásquez Morales.

“If you bring products to finish manufacturing them in Mexico and then they go to the North American market, there you would have elements that compete and replace finished products, manufactures that right now come from Asia and go to the United States,” he added.

Without a doubt, this may be an opportunity for Mexico. 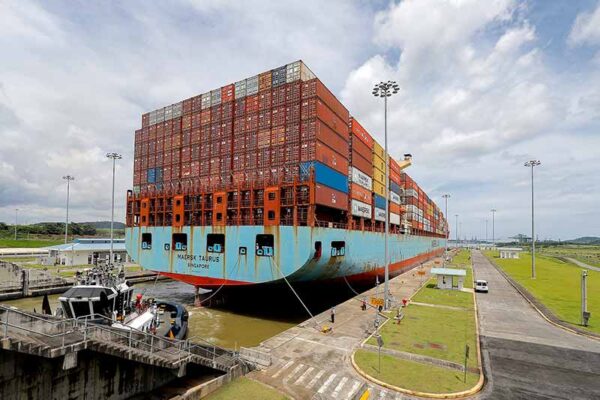 In the face of competition, the message is clear: “There will continue to be competition and we have to be very creative in staying up-to-date, and that is why the volume of investments made by the Panama Canal is so large, because if we do not stay up-to-date, eventually the cargo will move somewhere”, says the Administrator.

It should be noted that competition also exists towards our geographical position. Ports in the region, such as Cartagena and Buenaventura (Colombia), are capturing the benefits from the increased traffic of higher volumes of cargo due to the expansion.

“The Panama Canal has done its part; we have set the traffic, the cargo volume, the capital investment requirements to be able to materialize that opportunity. But the rest of the country – with its strength, its capacity, and its investments – must complement the operation of the Panama Canal and take advantage of it”.

And the water challenge

This is another great opportunity for the Panama Canal. Climatic variations show that water is a finite resource and requires special management to give sustainability to the operations of the interoceanic highway.

This means that “we have to change our water storage system in order to make it much more reliable.”

As a result, the Panama Canal seeks the best alternative to provide a solution in the short, medium and long term on the issue of water.

“And we are seeing that, first and foremost, within the property of the Panama Canal so as not to affect third parties; We believe that it is the quickest route, ”said Dr. Vásquez Morales.

With the inhabitants of the Watershed

Part of the protection of water resources goes hand in hand with the inhabitants of the Canal Watershed. The Canal carries out various programs such as Environmental Economic Incentives, Vegetal Cover Surveillance, among others, which seek community participation with the support of institutions to seek a common benefit.

Through the sustainability programs developed between the Canal and the communities in its watershed, which encompass more than 2,000 families, 9,209 hectares have been established with different reforestation methods (conservation, agroforestry, silvopastoral, scrub enrichment). In addition, 2,000 hectares of forests are protected within private farms.

One of the points where greater emphasis is placed is on the protection of water resources; a primary issue that is part of the strategy of the Panama Canal in the watershed.

Thus, the Panama Canal celebrates 107 years of goals achieved, while preparing for the many challenges of the future.